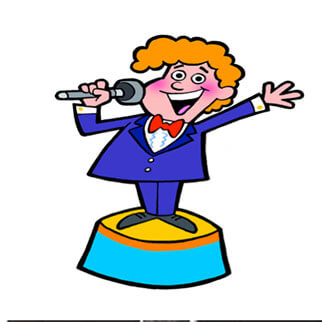 The MC Was Awful!

‘’I’m your Master of Ceremonies for the evening, and frankly, there’s not an awful lot you can do about that.’’ And he was right!
Like most people in business these days, I’ve attended more conferences, corporate events and awards evenings than I have my Mum’s Sunday roasts. Some have been delightful occasions, some bitterly painful. And often, the difference between delight and pain is the Master of Ceremonies (the MC).

Billy Crystal and The Oscars
In preparing our events and conferences, we tend to overlook the importance of a good professional MC to an event. The MC’s role seems simple – A person who presides over a formal event or entertainment and who introduces guests, speakers, or entertainers (Oxford Dictionary), but in reality the MC’s role is far from simple.

Being an excellent MC is a skill that is very difficult for most people to do well and unfortunately for the audience it’s a role that a lot of people think they CAN do. A professional MC can completely set the mood for the coming few hours and ensure the audience is engaged, attentive, focused and enjoying themselves. A bad MC can do the exact opposite, and it can be difficult to know which your MC will be before the event.

Think of the Oscars. They’ve tried everything. One host. Two hosts. Comic hosts. Young and old hosts. Singing-and-dancing hosts. Yet every year it seems the Academy Awards goes back to the drawing board to figure out what sort of MC will keep the show lively, fun and the audience attentive. Anne Hathaway and James Franco were well below par in 2011, so the Academy returned to the tried and trusted Billy Crystal for the ninth time to deliver a fun, engaging and relevant MC performance for the ceremony in 2012.

It’s a thankless job. In a world where the average person looks at their smart phone every 6 minutes, getting the room’s attention these days requires both talent and skill!

MC Horror Stories
Like a blind date or a new hairstyle on your wedding day, when an MC’s performance goes wrong, it can go horribly wrong. Timing, wit, tact, tone all come into play. The company General Manager can seem like David Brent or Michael Scott from The Office. Media personalities can appear to be completely out of touch with the audience and the up and coming comedian can go that one step too far. A survey of Australian event specialists revealed some examples of MC’s gone wrong:
“The MC had too much to drink before the event started. She didn’t know how to pronounce the sponsoring organisations, the winners’ names nor their respective organisations.”
“At a corporate gala dinner in Melbourne the MC did a ‘Phil Dunphy’ (the over confident salesman and father from Modern Family) and announced himself at another gala awards event.”
“A famous Sydney based former radio show host dropped the ‘C’ bomb on stage and referred to one of the other female speakers as a man. The room was stunned.”

Getting it right
So how do you know if you’re getting a James Franco or a Billy Crystal to MC your conference or big event? Here are few tips:
Get a professional MC. A professional MC understands audiences and their needs – it’s their skill. They understand business and they know how to make a day in a conference room as engaging and interesting as possible. They are flexible, easy-going, non-egotistical people who have a good sense of humour.
It’s not always possible to see the MC in action before you book him or her for your event, so ask to see footage of them onstage.
If they don’t have recorded footage, ask to see testimonials from previous MC gigs they’ve done. Ideally one of their testimonials will be for a similar audience or event to yours (if possible, ask to who gave the testimonial).
You will want to know about the MC’s ability to ad lib and be flexible (big part of an MC’s role) at past events and how familiar the MC became with the organisation, the industry, the people and the issues of importance to the client.
Once you’ve decided on your MC, schedule time for a detailed briefing with them at least four weeks before your event. Preparation equals success.
Finally, if you’re writing the script for your MC, please ask for a discount as you are doing most of their work for them.
Hopefully with these tips, the MC at your next event will help make it a memorable occasion. Otherwise you may have a story to contribute to the next survey of MC’s gone wrong!

About the author: Keith Harwood is Director and founder of Inspire Speakers, providing companies and organisations with inspiring keynote speakers, professional MC’s and world-class entertainment for their events and conferences.