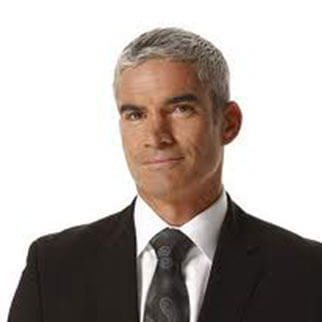 The biggest event in Australia in 2015

The AFC Asian Cup, the second largest soccer tournament in the world, is coming to Australia in January 2015. Sydney, Newcastle, Melbourne, Canberra and Brisbane will host 32 world-class football matches over 23 days, culminating with the final being played in Sydney on January 31st, 2015.

The Asian Cup is Asia’s biggest sporting event, attracting an international television audience in excess of 1 billion people and it will be reported on by 3,500 visiting media. To find out a little more about the world game and the impact of this tournament locally, we caught up with former Socceroo and SBS sports presenter Crag Foster.

Australia will host the 2015 Asian Cup in January, competing against 15 other qualifying nations. How important is it that Australia does well in the tournament?
It’s important on many levels. Firstly for the commercial success of the competition, whilst its not being run for commercial profit, nevertheless it’s a big investment by the federal government and several states and its important that the money is recouped. We need crowds and clearly Australia’s success and longevity in the tournament to go all the way to the final and hopefully win it is a key factor in maintaining a strong interest, which translates to crowds.

Secondly it’s important for the game. This is the greatest opportunity that the Australian men’s national team will have to win a major trophy – a continental cup, which we’ve never done before – for perhaps another decade, simply because it’s at home. The Socceroo’s have an extraordinary level of competitiveness in home fixtures going back to the 60s and 70s. Very rarely have we been beaten at home.

For the Socceroo’s to be a continental champion in the psyche of Australian society would be a huge step forward for the game and would showcase the quality that we have coming through and would help recruit another generation of football fans.

Looking at the draw, do you think an Australia v Japan final is likely?
I think it’s most likely. Japan, along with Korea, is our biggest rival. Australia is highly probable to make the final.

Locally, the A-League has been an outstanding success over the last 10 years. What have been some of the key factors to the success?

The first 5-7 years there was a steep learning curve that was undertaken by all of the clubs and of course the governing body who runs the league. They’ve been able to step by step improve their ability to engage with the community and they’ve also learnt about the branding. The A-League has now become a premium brand.

The clubs themselves are much better run which translates into higher quality on the field. So the product itself is now very good and that’s reflected in the level of crowds which are rising year on year. The rising crowds add to the atmosphere at the games which adds to the product and and now it becomes a virtuous cycle.

You work a lot with teams in sporting and business capacity. Can you tell us a bit about what makes a team successful.

I’ve played in some high performing teams and I’ve been privy to some high performing teams both in the sporting and corporate sense. Whilst there are many factors I’d say the biggest one is a shared unity of purpose and a clarity about what they’re trying to achieve and that’s one of the most difficult things to create. Some teams have a clear purpose but its not shared. Some teams have a shared unity but not clear purpose. You have to have both.

One of the most difficult things is to get complete buy-in from a diverse range of people toward one goal. ‘Complete buy-in’ means that everyone sacrifices for the group. Everyone does what is necessary for the team to win, for the team goal to be achieved – that’s what every coach and business manager spends his or her life trying to create. Because its disunity and purpose – i.e. I’m working for me and not for the team that most damages the eventual outcome. That’s the defining characteristic that all great business leaders and sporting leaders are able to create – the understanding that the team comes first and everyone must contribute what they have to the total performance of the group itself.

You speak at events and conferences around the country. Typically what can audiences expect to hear from your presentation?

It’s very diverse, depending on what they ask for. From the basics of teamwork and leadership, all the things people are very interested in in corporate life, to cultural change, to of course football itself. On dealing with difficult characters in a corporate environment, which we would say in football is dealing with the star players. For all these different topics I enjoy applying my experience and understanding of the worlds biggest game and the anecdotes that I have in that towards these topics so that people get the crossover between the two spheres.

Tell us a little about your MC work.

My MC work has included a variety of corporate engagements including training days to conferences to charity events. Many tend to be in the sporting world – for instance Pele’s visit in November of this year to Melbourne and Sydney, I’ll MC the two luncheons. One of the great things about working in the media as a former Socceroo is people understand that we spend our life with language and in front of audiences and I guess in that respect we become the natural go to people for public speaking events whether its as an MC or as a keynote speaker.

Finally, any predictions on who’ll make the A-League Final this season?

No. What I will predict is, like last season, it’s going to be another step up. Each year its getting closer and closer. The level of the league broadly rises so it will be the hardest in the past 10 years to predict the winner.

About the author: Keith Harwood is Managing Partner of Inspire Speakers, providing companies with inspiring keynote speakers, expert trainers and professional MC’s for their training programs, events and conferences. Please connect on 0450 077 997.