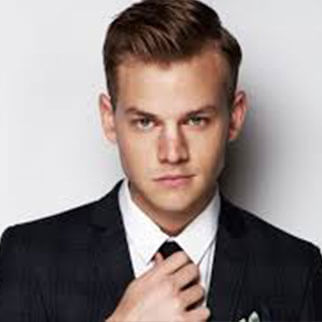 Joel Creasey: Is it OK to fake it?

Joel Creasey is one of Australia’s brightest and most sought-after comedians. Appearing seemingly out of nowhere at the Melbourne International Comedy Festival in 2010 – Joel quickly became the talk of the town.

Joel’s style is one of a confident storyteller – energetic, flowing and conversational – his tales are hilarious and his delivery is fascinating. Combined with a ruthless wit, Joel has his audience in stitches. I caught up with Joel to ask him about his comedy, how he deals with hecklers and is it ok to fake it.

How would you describe your comedy to somebody who hasn’t seen you perform before?
My comedy has been described before as a hurricane. I come blasting on to stage with a tonne of energy (I’m a big coffee drinker) and whip around the stage telling fabulous stories. All done whilst rocking big hair and tight jeans, of course.

Can you tell us about a recent corporate event where you performed? How was the audience that night?
I enjoy corporate events because I’m a surprise package. People don’t often imagine me, a 24 year old comedian, as a corporate act but I think that’s what makes it special on the day. Recently I performed stand up for a bunch of lawyers at a dinner conference. I had so much fun. They were completely on board. As long as I have a stage, a microphone and an audience I can make anyone laugh.

Do you enjoy being heckled?
I love it. Having said that, it rarely happens at corporate gigs. I think heckling is part and parcel of comedy. If someone wants to heckle, good on them. They just have to know that once they launch a heckle my way then it is open fire. And I’m very well practiced.

You participated at the 25th Annual Great Debate this year with the age-old topic ‘‘that it’s OK to fake’’. You helped the affirmative team win the argument in glorious fashion. Is it really OK to fake?!
Absolutely. First of all performing on the Great Debate for Channel 10 was always a dream of mine – THAT wasn’t a fake. But absolutely it’s fine to fake it. I fake it all the time. I have a couple of hundred friends on Facebook. Do I like them all? God no. I probably only like 4 of them. But it’s easier to fake it. Being mean is so exhausting. And unfortunately there’s no ‘dislike’ button on Facebook.

You’ve appeared on numerous TV shows (Joel has appeared on A League of Their Own, The Project, Studio 10). Do you enjoy working on TV?
I love working on TV. First of all because I get put into hair and makeup you can’t tell I smashed a pizza the night before. It’s also great because it gets my profile out there and gets people coming along to see me live. Plus it looks good when I go back to my school reunion,

Where has been your favorite overseas destination that you’ve performed? What made them a fun audience?
My favourite overseas destination to play is New York. I’ve always had fun shows there. A couple of months ago I performed my show Off-Broadway as part of the New York Fringe Festival. We had amazing houses and received incredibly reviews including 5 stars from Time Out New York which was mind blowing. And Patrick Stewart came to the show. I couldn’t have asked for a better season. Also, while I was there I got to open for Joan Rivers as well (this was a week before she passed). That was of course incredible. She’s always been a hero of mine.

Can you tell us about some events we’re you’ve been the MC? How do you like working in your comedy as an MC compared to a stand up comedy slot?
I love to MC. For starters I’ve MCed stand up comedy shows all over Australia and the world. From Broken Hill to Montreal. As a corporate MC I really enjoy myself as I’m a control freak and like to be in charge of the night. I like to make sure everybody is having a good time but simultaneously know what is going on and how the night will proceed.
MCing is completely different for me though in terms of comedy. Whereas a stand up comedy slot I’ll get up and tell a few stories, MCing I’ll work my comedy through the notes. Basically as a corporate MC I like to be a fabulous presence who holds the night together.

We’re coming towards the end of the year. Any new year resolutions planned for 2015?
Take over the world.

About the author: Keith Harwood is Managing Partner of ‘Business And Sport Speakers’, providing companies with inspiring keynote speakers, professional MC’s and top class entertainment for their events and conferences. Please connect on LinkedIn or contact Keith at keith@businessandsportspeakers.com.au or 0450 077