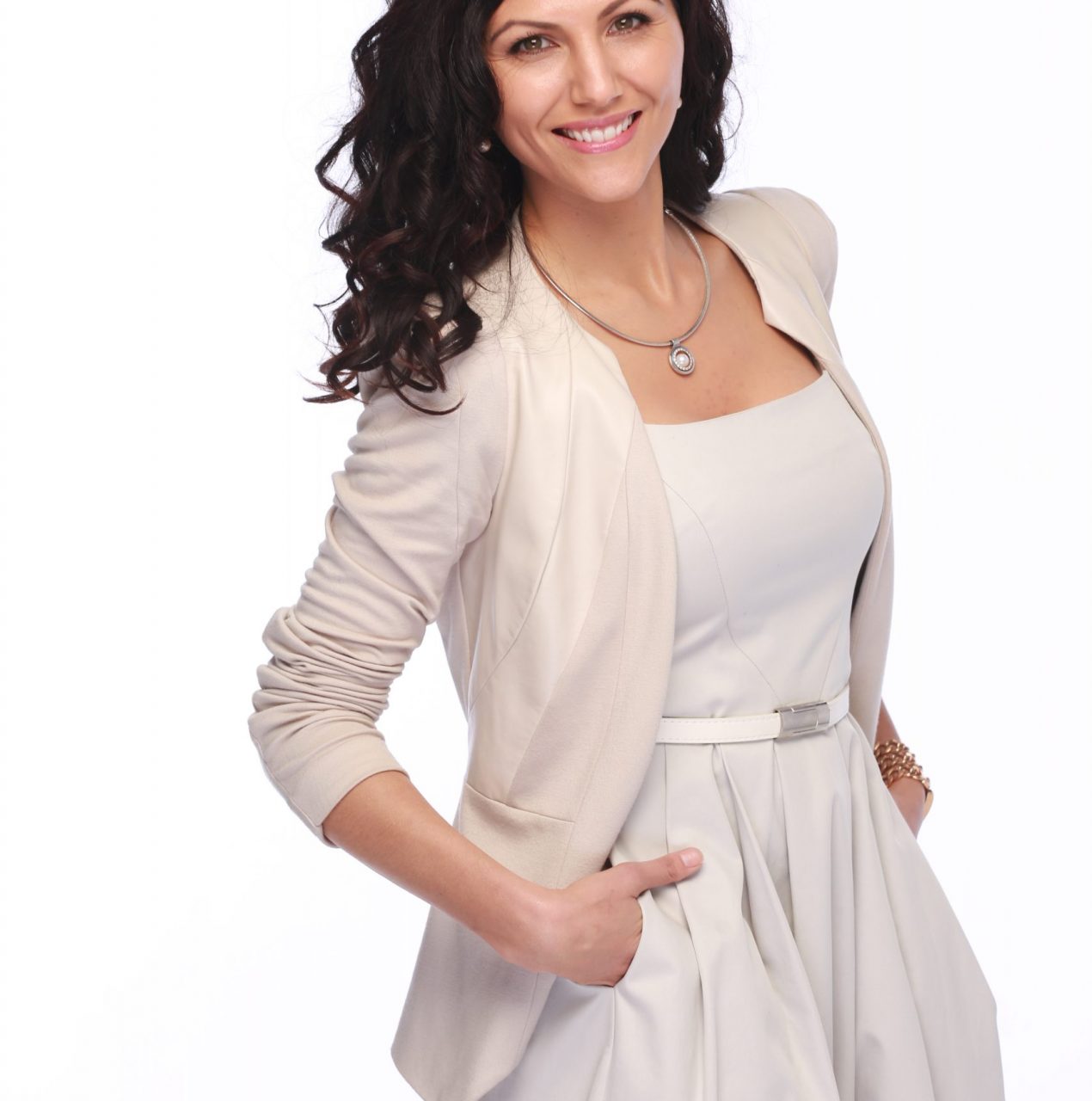 A Busy Mind, A Busy Life - How To Create More Time And Space For Yourself In A Busy Life

This is an experience that you will likely have not experienced before. This is a unique session for the busy person that just feels like they are running on 'repeat', going to work, coming home and repeat, and may not feel like they have space for themselves in their busy day to day lives. Tenille will guide you through evidence-based techniques as well as demonstrating the neuroscience of how your brain works and plays a vital role in the shaping of your daily life.

She will then guide you on an experiential journey, a short unique frequency-based sample of an easy relaxation method that anyone can use. In a short space in time you will have a release of cortisol in the body (the stress hormone) and your brain wave activity will be at a more optimal level for you to go through your day with clarity, focus without impacting on your nervous system.

Behind The Veil Of Success - A Story to Inspire & Motivate

This is a story that will captivate you, move you and inspire you. A story from Tenille in the challenges she faced behind the veil of success and how the real journey was the one she didn’t realise at the time she was taking.

Tenille shares the ‘very real’ and long-term impacts of trauma on a child’s brain and the inspiring journey she took to turn this around in her own case, completely changing the trajectory of her life.

She is lucky to be alive to share this story.

Using the science of frequency and sound and the known research of the neuroscience of the brain. This workshop gets your staff into an optimal brainwave state using a globally unique approach that is shown to have immediate effects on the state of mind of your team. An ongoing program to support mental health and emotional wellbeing, presented to some of the top brands in Australia. This experiential program has been said to be ‘transformative’.

Children are our next generation of leaders. Having built The Emotional Literacy & Mindfulness Academy for Kids graduating hundreds around the world with her program.
She shares insights about what works for the wellbeing of our children in the area of emotional regulation, digital management, mindfulness & life skills that arm them for life in the busy and noisy world.

Digital Wellbeing – How to manage the noise in a healthy way

What it means to be ‘digital’ in the modern world. After building a large social media agency Tenille saw the impact on people’s health, state of mind and wellbeing due to an overdose of digital. Having being on both sides of the coin, she gives a unique perspective on Digital Health in a modern world and how this can create more productive and happier people.

Absenteeism is costing the Australian economy more than $44B a year. This is mainly due to stress in the workplace. Tenille offers unique wellbeing programs that are deeply transformative assisting in the release of cortisol in the body (the stress hormone) in under 30mins and with noticeable and sustainable changes in the workplace. Our staff are busier and more accessible than ever before, increasing disease, stress and mental health issues in the workplace. Her program for employee wellbeing addresses the core of these issues and have been applied by some of the top organisations and a new approach to wellbeing in the workplace.

From Receptionist To Multimillion Dollar Business Woman - A Women in Leadership Workshop.

Tenille shares her lessons of building a fast growth company up to 2.5M in under 2 years. Her journey is captivating and gives a ‘real’ and ‘raw’ insight to what it took building something to 2.5M with just $1.50 in her bank at the time. What it took for her to go from a receptionist to a multi award winning leader being recognised by The Prime minister and Governor.

Neuro Leadership – The Neuroscience of Leadership

How does our brain impact how we lead? Are we born leaders? Or do we learn this? Can we become a leader? Tenille shares her insights having spent time with some of the worlds top leaders like Richard Branson, Oprah, Dr John Martini and more, working with the largest organisation in the world and educating and governing some of the top boards. She shares the neuroscience of how the brain works in relation to leadership.

Optimise your day for success workshop

Do you currently make the most of your day? In this session you will learn how you can incorporate wellness strategies to achieve personal and professional goals. We will guide you through the day as we explore methods of goal setting, mindfulness, meditation and breathing techniques.

These techniques will help you to perform at your best, engage your intuition and detox your day for improved work-life balance and increased professional performance.
Key outcomes:
• A Great Morning: develop a morning routine to visualise your goals and get you moving with purpose.
• Mid Day: Mindfulness techniques to perform at your best and engage your that gut instinct.
• Enhance Your Evening: Techniques to detox away your day and improve sleep.

Women in Leadership – What does it really mean?

Tenille shares her lessons of building a fast growth company up to 2.5M in under 2 years. Sitting on boards as the youngest and often only woman. She learnt the important lesson of heart and head logic, and honouring the qualities that women bring to the table. She has been successfully building companies for nearly two decades, she started her first business at the ripe age of 8years old.

Tenille shares her insights, tough lessons and empowering stories toward being a woman in leadership, she shares practical tools and tips to assist you in answering to the call of your own adventure.

“One of Australia’s leading emotional intelligence specialists supporting mental health and wellbeing of employees, families and children. An Award-Winning Woman In Leadership. Tenille Bentley is ...”

One of Australia’s leading emotional intelligence specialists supporting mental health and wellbeing of employees, families and children. An Award-Winning Woman In Leadership.

Her work is deeply rooted in supporting the mental health and wellbeing of people through unique experiences and teachings that leave her audiences feeling transformed.
Recognised for her work by the Prime Minister as one of only 20 Australian Leaders. She has been inducted in the Women’s Hall of Fame by the Governor and won The Australian Financial Review Top 100 Women of Influence. Her contribution was also recognised as a Telstra Business Woman of The Year Finalist and The Top 3 Australian Institute of Management Excellence Awards.

As a forward thinker, having sat on some of the top boards in Australia. It was here she witnessed a much bigger issue. The mental health and wellbeing of employees and their families. This is where her impressive corporate career took a turn from the boardrooms and into the trenches of her community.

She shares the awe-inspiring journey she took, with her own success in business as a young woman, but the most powerful part of this journey was the one that happened behind the veil of success.
She says she is lucky to be alive to tell her story.
Her own journey and that of her family from harm to health and joy, forgiveness, reconciliation and emotional growth will confront and move you, but most of all it will show you a blueprint for hope and wellbeing for us all, and what the human potential is able to achieve in the face of adversities.

She is the Founder of The Emotional Literacy & Mindfulness Academy aiming to draw a line in the sand on inter-generational violence, and providing proactive tools to families and workplaces, supporting mental and emotional health. 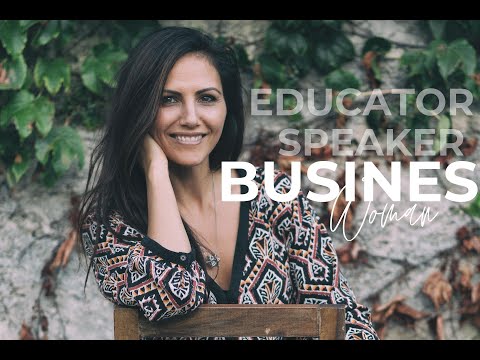