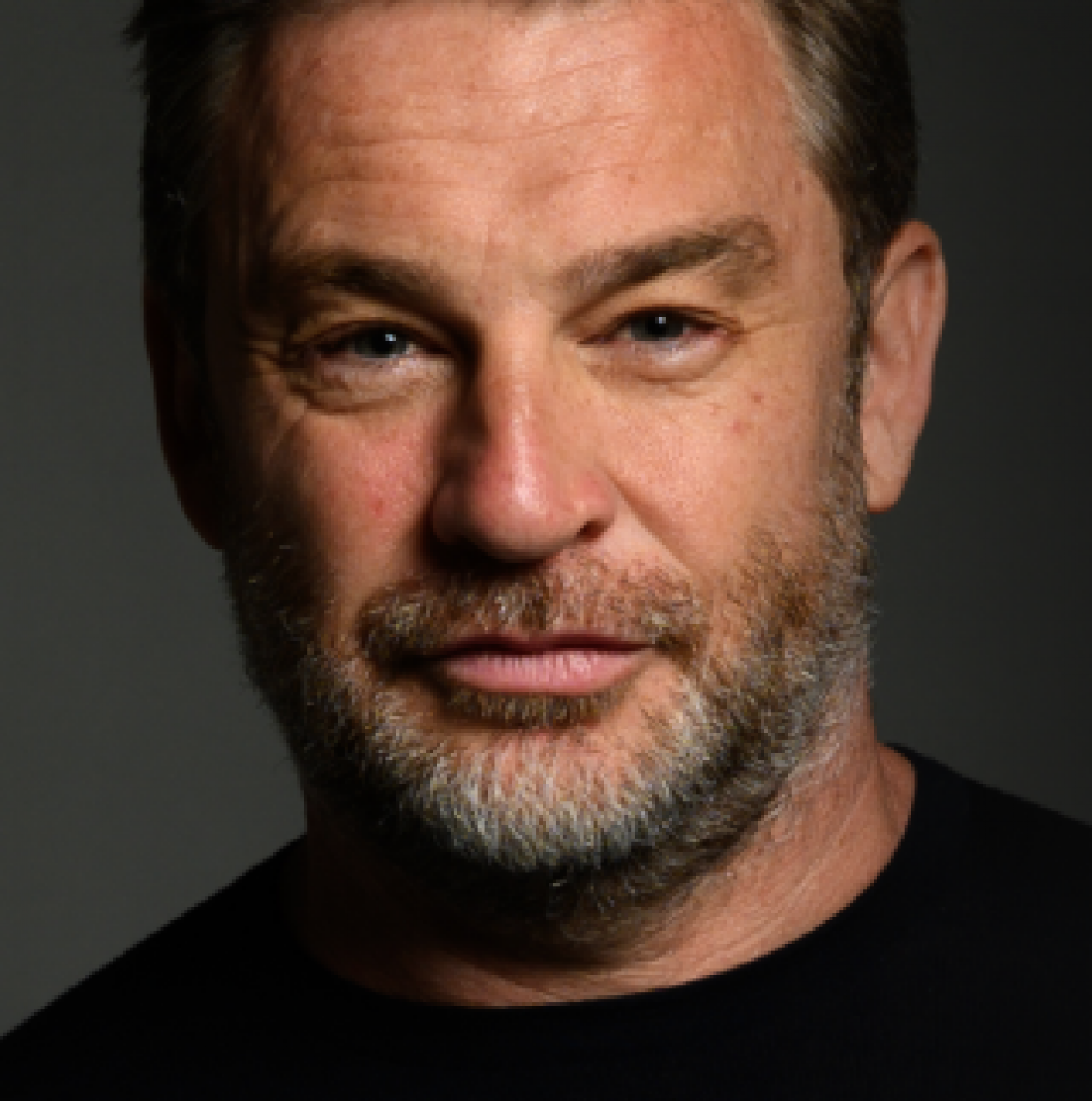 #1: The Company That Stands for Something is Something: The Road Ahead

In an ever changing world where companies are recognising that purpose needs to no longer be on the peripheral of their strategy but at its core to thrive there are still many unanswered questions. How do you integrate meaningful purpose into corporate purpose engaging both your employees and customers while driving profitable growth – as now infamously quoted by Rose Marcario, Patagonia CEO “Caring for our planet is not in conflict with running a successful business”.

Simon Doble, a leading social impact entrepreneur is an authority on finding individual purpose and converting this personal purpose into a global social impact business. His story is an inspirational one highlighting how life’s journey can open up the world into leading a global movement for change.

It has been shown time and time again that the most successful companies who put purpose at their core are able to re-define the playing field and are able to reshape their value proposition, overcoming the challenges of slowing growth & declining
profits.

Simon has been working with corporations all over the world to re-define their corporate purpose, integrate an actionable and measurable program which has proven results both for employees and customer engagement. His works clearly demonstrates that by focusing on the UN Sustainable Development Goal #17 – Partnerships For The Goals anything is possible. SolarBuddy.org the charity focused on eradicating energy poverty for children under the age of 15 which Simon started only 4 years ago has so far grown over 600% year on year. This growth has positively impacted the lives of over 650,000 children to date and shows no sign of slowing.

His story is personal, telling & above all inspiring for any company or individual looking to understand how we each can contribute to achieving a common goal.

This is a story which started like many. An Englishman in his early 20’s wanting to see the world, landing in Australia, meeting an Australian girl and building a life and family on the sun kissed shores QLD.

But unlike most stories Simon’s story led him into a world of darkness with seemingly no end in sight before a flicker of light changed his course. As you will hear it was by pure determination alone that Simon found his way out of the darkness into which he was flung and in turn built a global social impact business lighting up the lives of millions of people living in energy poverty.

Simon’s perseverance led him to success and his journey is an inspiration to all of those who have had the opportunity work with, listen to & watch Simon’s journey as you will find out by hearing his story.

Simon’s story is a must to hear for anyone wanting to be inspired especially during these times to overcome unfathomable challenges and come out to not only succeed but in the process positively impact those around you & countless lives, whether in business or on a personal journey this story is guaranteed to inspire a change for good.

Simon, will share not only his achievements to date but his vision into the future of the company he has built and the lives of those fortunate to have been impacted by his actions.

As Martin Luther King said: “Darkness Cannot Drive out Darkness, Only light can do that” and this story embodies this in full.

Today a startling 1.2 billion people live in Energy Poverty meaning 1 in 4 people are affected by this overwhelming yet mostly unknown issue. Energy Poverty is responsible for killing more people each year than Malaria & HIV combined.

People living in energy poverty, don’t have access to a consistent source of electricity. This has an impact in four main domains:

• Health – two million children die each year from respiratory diseases caused by indoor air pollution, such as the use of kerosene for lighting.
• Economic – families without access to electricity can spend up to 40% of their income on kerosene.
• Education – without access to light, students cannot study after the sun sets, unless through the use of expensive and unhealthy kerosene lighting.
• Environmental – kerosene lanterns produce more than 190m tonnes of carbon dioxide emissions annually, equating to emissions from 38m cars.

Energy poverty impacts every aspect of people’s lives; it impinges on freedom. The economist Amartya Sen has argued that economic development can be achieved only if ‘the poor come to enjoy a set of freedoms including political participation, safety, and economic opportunity.’ Access to energy services is a crucial foundation for the safety and security aspects of freedom.

Due to its scale, the issue of energy poverty can be an overwhelming one. It affects about half of the world’s population. The World Bank’s Global Tracking Framework shows that more than 80% of the affected population live in sub-Saharan Africa and South Asia.

Simon is an inventor & social impact entrepreneur who specialises in creating innovative solar energy solutions for the humanitarian sector. He founded The Doble Group in 2012, with a vision to develop innovatively designed and superior performing solar lighting solutions for the millions of refugees living in energy poverty.

As a member of the UNHCR committee, he fought to have solar products included as a core relief item for all refugees and internally displaced people around the world.

By aligning to the UN SDG’s and Life Goals Simon will share his story and how we can all make a difference in this world one light at a time.

SolarBuddy a Brisbane based charity started just 3 years ago with the vision of putting a light into the hands of 6 million children currently living in energy poverty, by 2030. In line with the United Nations Sustainable Development Goals (SDGs) SolarBuddy has sought to light up the lives of children, and simultaneously raise awareness about energy poverty, which is responsible for the deaths of more children that malaria and HIV combined each year yet is a relatively unknown issue.

SolarBuddy is unique in its approach, solving the root cause of the issue rather than addressing its symptoms by placing a light into the hands of children which will allow them to study at night, spend less of their household income on kerosene & firewood and provide them a healthier alternative.

SolarBuddy is more than a charity it is a force for good, connective & an inspiring story. You will be left with wanting more & be compelled to make a difference by joining the SolarBuddy journey and what it has set out and is achieving.

Above placing a light into the hands of children SolarBuddy has had a consistent history as well as a future roadmap to continue to innovate solutions alongside the SolarBuddy lights providing further positive impact to families, villages and communities at large.

Since its inception in May 2016, SolarBuddy has distributed over 130,000 solar lights in over 25 countries, with an expected impact to over 650,000 children and their families.

SolarBuddy has received numerous awards and recognition. SolarBuddy was a Finalist in the Ethical Business Awards (2019), the Australia Workplace Giving Awards (2019) and the Banksia Sustainability Award (2019). Since 2016, SolarBuddy has worked with over 100 corporations, including 40,000 people, and has won numerous awards for creating an outstanding workplace giving program as well as one of the most engaging team building activities. Participants of the program can assemble a light, pen a hand-written letter, and then following the journey of the light as it’s delivered to a child in need by one of SolarBuddy’s distribution partners.

Simon, delivers a highly engaging keynote not only of the story of SolarBuddy and its achievements to date but also a truly inspirational one. Showing what one small 3 year old Brisbane based charity is doing to change the world and the lives of millions of children outpacing so many others through this connective story.

Driven by passion, dedication and empathy, Simon combines his unique skillset to improve the lives of millions of people living in Energy Poverty across the globe by addressing the cause and not the symptom. A father himself, Simon is determined to ensure every child has access to a quality and safe education that will enable them to determine their own futures and maybe even change the world.

What people say about Simon

“Simon’s story is a unique one, his ‘why’ is crystal clear. Why he was inspired to do what he does, his motivation, perseverance & determination to achieve his all in life shines through his presentations whether speaking about his personal journey or his mission to eradicate energy poverty for millions of children around the world. Audiences are left inspired to take action whether it’s personally, professionally or as a Global Citizen.”

“We were so impressed with his presentation that we immediately undertook a partnership with Simon and SolarBuddy to further assist where we could, and now have an active partnership with his charity. It’s not a surprise that he received a standing ovation at our conference!”

“Simon Doble was an absolute pleasure to work with at our Navitas Business Partner Conference. His professionalism, friendliness and passion for SolarBuddy made for a highly engaging and emotive presentation. Thank you Simon”