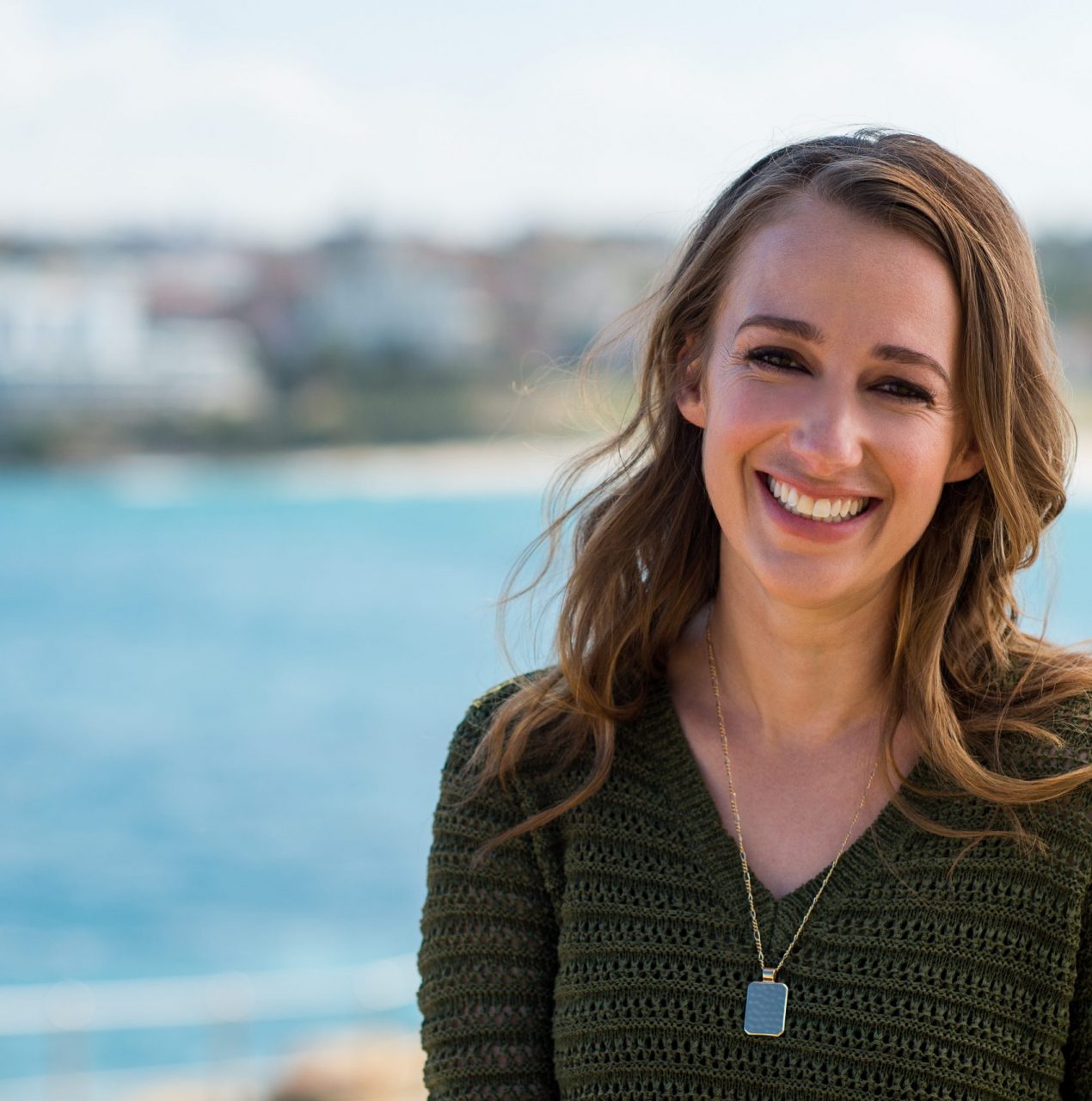 A Story about Life Beyond the Comfort Zone

If you want something you have never had you have to be willing to do something you’ve never done. Find the risks and benefits of a life outside your comfort zone - illustrated by Samantha’s example of crossing India and completing the Four Deserts Grand-slam. True growth lies in pushing your boundaries. Samantha explains what can make you - and break you - on the paths that lie outside your comfort zone.

Composure and resilience under duress

Samantha has learnt how crucial it is to continually work on strategies that allow her to cope with stress as well as enhance resilience. Both of which are needed if you seek personal fulfilment, want to be an effective team member and work towards big goals - personally and professional. Learn the ultimate lessons on leading (and following) in chaos whilst discovering techniques to create an emotional state of wellbeing and joy!

-Humanising how we relate to each other through adversity
-How to tackle difficult conversations
-Skills in developing your empathy and your ability to listen
-Creating and supporting teams of diversity in gender, culture, experience and skill
-The move from I to WE

EXECUTION - where the (shoe) rubber hits the road

When you are in execution mode the ability to drop your ego and be adaptable to an often changing and complicated environment will determine how successful you can be. What happens in the planning phase is also crucial in allowing you to be ready. Hear how she has turned big ideas into successful missions through careful and detailed preparation that involve risk mitigation, clear team roles and visualisation. Samantha wholeheartedly believes that you need to embrace failure as it allows you to progress and grow at a quicker rate. Which is fortunate for her as she will share the many ‘failures’ that plagued her before she even began her biggest runs.

Leading Teams to The Edge of The World

Identifying and empowering your ‘support team’ can be the key in enabling you to achieving goals outside of your comfort zone. Find out how Samantha created a world class ‘misfit’ team of non-runners, family, friends, and mavericks that supported her push to world record runs. Diversity, hilarity and hi-jinks were ever present in these endeavours, and you might find some gems in her approach to team building.

Imagine what can happen if you can use the thing you are good at, that you are passionate about, and create a positive impact elsewhere? Your self-belief, self- worth and satisfaction would soar!  Through a process of focus, leadership and collaboration, Samantha outlines her methodology in being able to push her mind and body for the purpose of supporting access to education programs. She will share practical tips that enables you to keep realistic optimism and sustained motivation towards your big objectives. And how you too can create wins by following a passion, with a purpose.

-Strategies to build the strength and speed of your response to adversity
-Managing 'you' through change and uncertainty by taking care of the fundamentals
-The balance of ego and agility
-Shifting our mindset to the question "what is the next best plan?"

“She has led teams in feats of endurance through some of the most extreme and inhospitable locations on the planet, where things rarely go to plan and agility is the name of the game....”

An accomplished lawyer working for the largest international law firm in the world, Samantha traded in her heels for running shoes and went out to change the world through highly collaborative social impact campaigns. With true grit, unrelenting focus and the willingness to create the next best plan in the face of chaos and change, she has created lasting impact.

Samantha was the first woman and the youngest person at the time, to complete the Four Deserts Grand Slam – one of the world’s toughest endurance competitions that spans 1000kms across the hottest, coldest, driest and windiest deserts on earth.

After years of pushing her mental and physical boundaries she now uses running as a vehicle for social change through advocacy; peer to peer fundraising and integrated digital campaigns. Sam has now raised $1.4 million dollars for charities through running & social impact campaigns.

In 2016, she became a Goodwill Ambassador for World Vision and used her growing platform and endurance experience to raise awareness of the barriers to quality education for Indian children. 3200kms, 77 days and $150K later, she did just that.

In 2014, Samantha co-founded Freedom Runners – an initiative that combined a fundraising and awareness campaign around the high cost of feminine hygiene products for women in Sub-Saharan Africa and its link to female absenteeism in school. Over 32 days she ran 1,968kms across South Africa’s rugged Freedom Trail, navigating her way through river crossings, mountain ranges, thick bamboo and wildlife. $55K was raised for a Save the Children initiative.

She is featured in two award winning documentaries – Desert Runners and Run India; was a delegate for the Australia and India Youth Dialogue conference; has a publishing contract with Macmillan; is a Global Ambassador for Lululemon; is a Pride of Australia nominee and finalist in the Women’s Agenda leadership awards in the Agenda Setter and Inspirational Leaders category. Samantha met her husband Mark Wales (former SAS Troop Commander) on the set of Australian Survivor in 2017. They now have a 2 year old called Harry

– a virtual run supporting the Australian Red Cross bushfire relief efforts. Utilising social media and an e-commerce platform, she raised over $1 million dollars in 12 days from 19,000 registered participants in 67 countries on every continent in the planet. 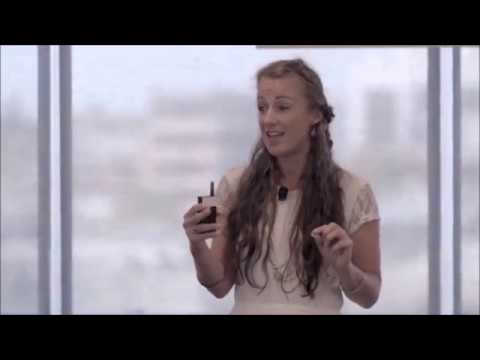 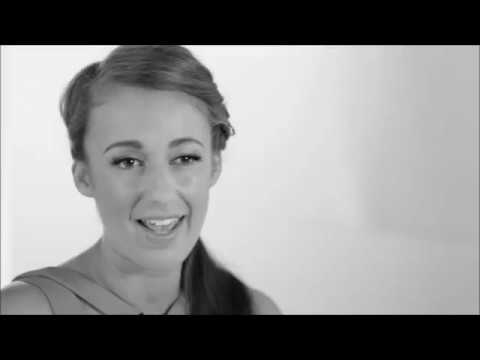 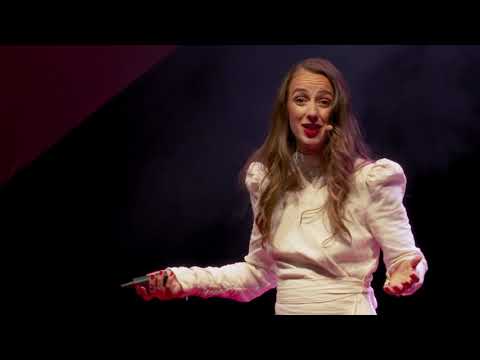 What people say about Samantha

“It is very refreshing to hear someone speak so clearly and authentically about taking on extraordinary challenges. Samantha spoke without hesitation about her passion to make a difference and was compelling and inspiring. Her aim to make an impact on women’s lives in Africa while creating employment is at once creative and meaningful. Samantha’s talk did not fail to connect. Her feats, this purpose and the way she connects, means time with Samantha Gash is very worthwhile. “

‘’Samantha, I was so proud to hear how you touched peoples lives, so much so that we took a collection around the room and raised $600 for your cause – Freedom Runners’’

“Sam delivered a brilliant and inspiring presentation. She was powerful and passionate, and delivered a strong message of courage and determination. Sam’s story of personal achievement and commitment to constant never-ending improvement was the perfect empowerment for our team. Her ability to uplift an entire audience was enlightening, and everyone was thoroughly captivated by Sam’s amazing story’’

”Samantha was a keynote speaker at the Mindful in May launch and inspired the audience with her story and passion. Not only is she an inspiring speaker she is also a warm and generous person who brings brightness into the room”

‘’Samantha’s story isauthentic, moving and inspirational. Her delivery was heartfelt and honest and had attendees glued to their seats. Samantha’s energy, positivity and passion is infectious and left the audience inspired by what can be achieved with determination, motivation and pushing yourself beyond where you thought you could not go’’.

“Samantha is an outstanding speaker – articulate, passionate and able to quickly relate to her audience through her inspiring personal journey from lawyer to extreme athlete and community fundraiser. She would be a great addition to any motivational forum.”

– Save the Children Australia

I had the absolute pleasure of working with Samantha Gash on our flagship Business Forum conference. Sam is such a dynamic and engaging speaker that we were very lucky to have on our stage. Over 80% of the session feedback rated Sam as outstanding. Sam’s story is so amazing and resonated with our audience, many of whom were members in business at the C-suite level. I have never seen so much immediate positive feedback after Sam’s session, it left delegates feeling moved and inspired – and most importantly, actionable suggestions – on how to implement these valuable life lessons in corporate life. 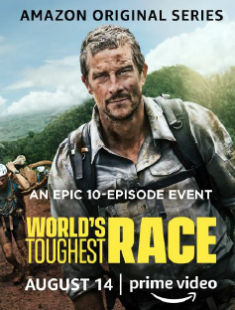 “The most gruelling competition known to man”

From the creator of Survivor, and over 10 episodes, 66 teams descend upon Fiji to compete in the most epic global adventure race ever attempted. Bear Grylls hosts this 11-day expedition, over mountains, jungles, rivers, oceans, and swamp, that pushes competitors to their physical and emotional limits

For the veteran teams the goal is to win – but for most, the dream is to finish and prove to themselves and the world, that they can prevail in the World’s Toughest Race.

Samantha & Mark appear on Team Aussie Rescue and Sam is the leader of 3 men.

Samantha is a trailblazing endurance athlete, social impact entrepreneur and inspiring change leader with a focus on resilience.

Former SAS Troop Commander, Mark, is on a mission to educate others on leadership, strategy and peak performance whilst under stress.