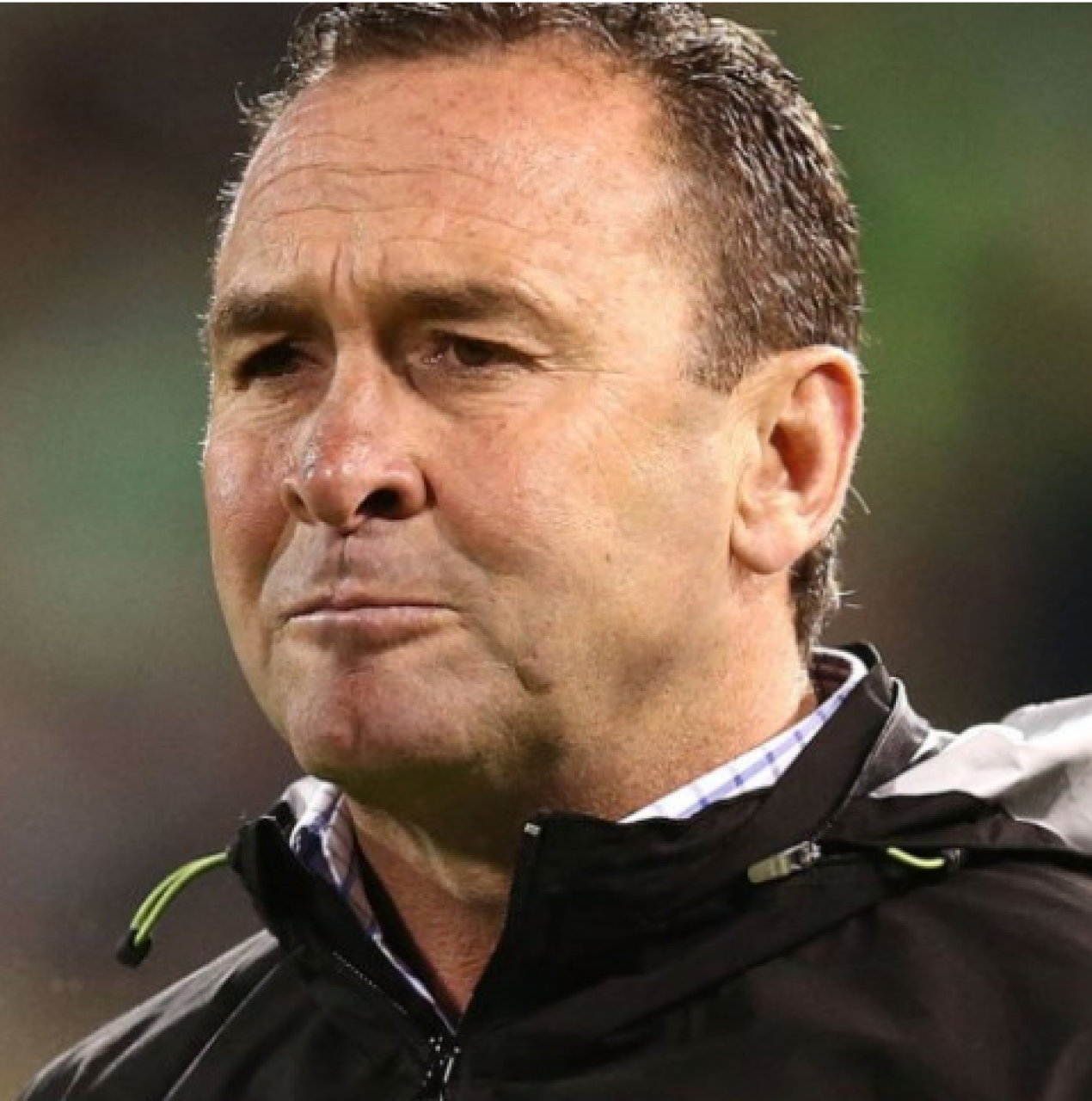 “Former dual international half back with the Kangaroos and Wallabies. State of Origin legend as both a player and coach for the NSW Blues. Recipient of the Dally M Player & Coach of the Year ...”

Ricky Stuart enjoys a unique status in rugby league as player and coach.

Stuart was one of rugby league’s finest on field performers during a star-studded career that saw him scale the dizzy heights of the game. In 2018, his illustrious career was further recognised when he was named in the NRL Hall of Fame.

Since transferring his talents to coaching in 2001, the former Test halfback, rated by Rugby League Week in the game’s top 30 players between 1978 and 2008, has established an equally commanding reputation. He joined the Raiders at the end of the 2013 season following coaching stints with the Canterbury Bankstown Bulldogs, Sydney Roosters, Cronulla Sharks and Parramatta Eels.

A superstar during the 1990s, Stuart created history in 2002 when he took the Sydney Roosters to premiership honours in his first season as a senior NRL coach. For the Bondi Junction club, it was the first time in 27 years it had tasted grand final success. A few months later, the Stuart-coached Roosters thrashed English champions St Helens 38-0 in the World Cup Challenge.

And just to prove his coaching success in 2002 was no flash in the pan, Stuart got the Roosters to the NRL grand final in the next two years as well, only to see them disappointingly falter on the big day.His coaching achievements in such a short space of time obviously didn’t go unnoticed among the game’s powerbrokers, leading to his appointments as coach of the NSW Country Origin team in 2004 and the NSW State of Origin team for the 2005 series. Following NSW’s 2-1 Origin success, Stuart coached the Australian Kangaroos from 2006 to 2008. He celebrated his first year as national coach with a one-off Test victory over New Zealand in Brisbane and winning the Tri-Nations championship. Australia’s gripping 16-12 win over the Kiwis in the final helped erase memories of the Kangaroos 24-0 loss to New Zealand in the 2005 Tri-Nations final.

Coach of the Year in the NSW Sports Awards in 2002, Stuart was a rugby union international before switching to league with the Canberra Raiders in 1998. His precocious halfback talents were first identified at St Edmunds College in Canberra and his appointment of captain of the 1985 Australian Schoolboys stamped him as a player with a big future.

By 1987 he was ready for international exposure and that came on the Wallabies tour of Argentina.Three years later he starred on the Kangaroos tour of England and France when he was significantly instrumental in securing a 2-1 Ashes victory. Four years later (in 1994) his influence was again dominant as the Mal Meninga-led Australians retained the Ashes by the same margin.On the representative front, Stuart played nine rugby league Tests for his country, 14 State of Origin matches for the NSW Blues, made two Kangaroo tours and one World Cup tour to Great Britain and starred in four NSW State of Origin series victories. Stuart made a successful return to playing in 1998 after a serious illness threatened his future, and his life.

After 11 seasons and 203 first-grade matches in Canberra’s colours, Stuart in 1999 moved to the Canterbury Bulldogs. When a serious knee injury brought his career to a dramatic end in Auckland on May 20, 2000, he had played 40 first-grade matches for the Bulldogs. During his entire first-grade rugby league career, Stuart scored 205 points (41 tries, 27 field goals, seven goals).Stuart’s trophy cabinet groans from the weight of numerous awards.

Holding pride of place are his three premiership medals as a player with the Canberra Raiders (1989, 1990 and 1994) and, as a coach, the Jersey Flegg premiership with the Canterbury Bulldogs (2001) and – with the Sydney Roosters – the NRL premiership (2002), World Cup Challenge (2003), Team of the Year in the NSW Sports Awards (2003) and NRL minor premiership (2004). Individual honours include several Test and State of Origin man-of-the-match awards, the Clive Churchill Medal as the best-and-fairest player in Canberra’s 1990 grand final victory over Penrith, Dally M Player of the Year and Rothmans Medal winner in 1993, Dally M Coach of the Year in 2016 and NRL Hall of Fame inductee in 2018.