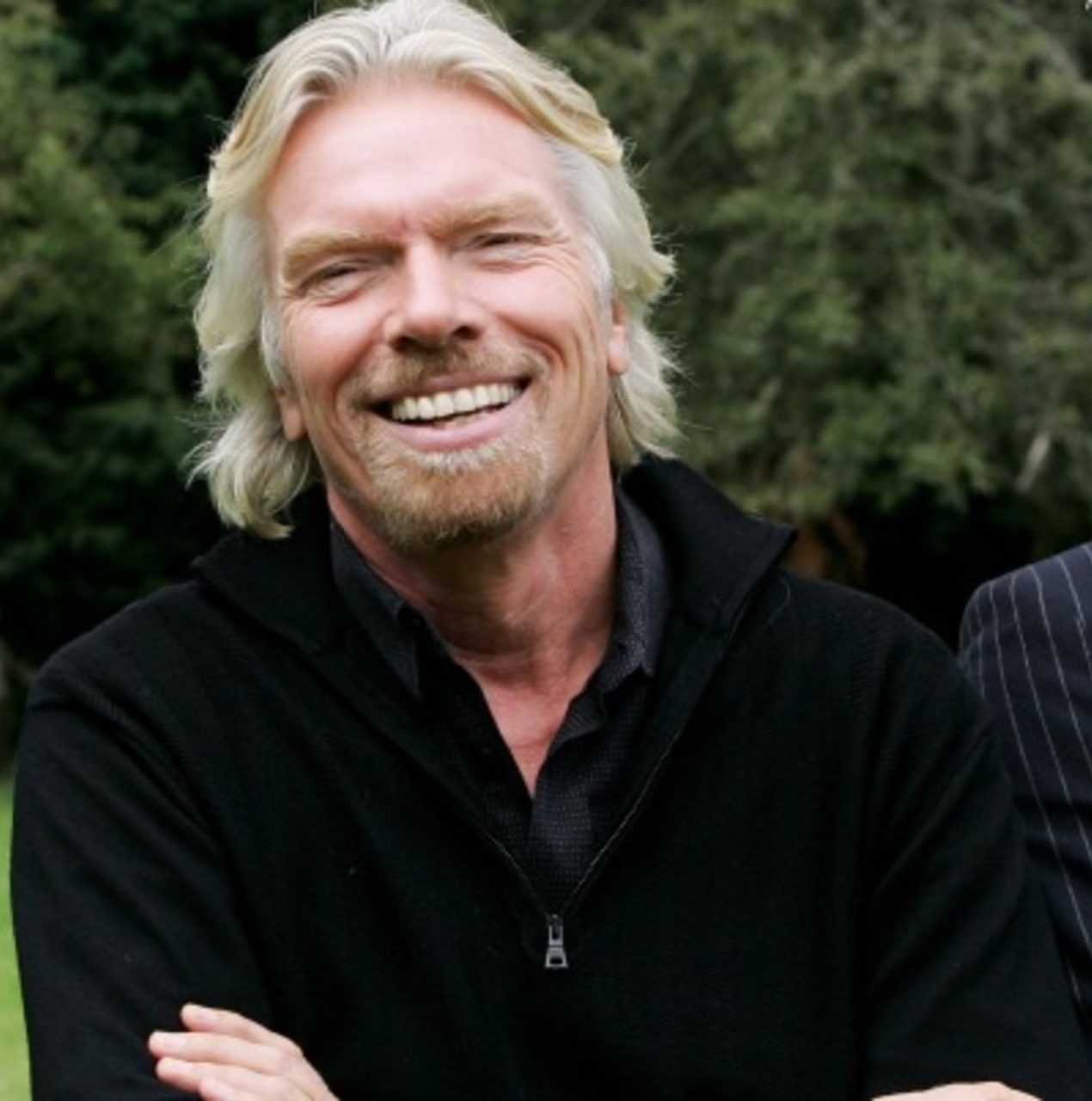 “He’s ballooned across the Atlantic, floated down the Thames with the Sex Pistols and been knighted by the Queen. His megabrand, Virgin is home to more than 250 companies, from gyms, ...”

He’s ballooned across the Atlantic, floated down the Thames with the Sex Pistols and been knighted by the Queen. His megabrand, Virgin is home to more than 250 companies, from gyms, gambling houses and bridal boutiques to fleets of planes, trains and limousines. The man even owns his own island.

And now Richard Branson is moving onwards and upward into space (tourism): Virgin Galactic’s Philippe Starck-designed, The first Burt Rutan-engineered spacecraft, The Enterprise, completed is first captive carry in early 2010 and is slated to start carrying passengers into the thermosphere in 2012, at $200,000 a ticket.

Branson also has a philanthropic streak. He’s pledged the next 10years of profits from his transportation empire (an amount expected to reach $3 billion) to the development of renewable alternatives to carbon fuels. And then there’s his Virgin Earth challenge, which offers a $25 million prize to the first person to come up with an economically viable solution to the greenhouse gas problem.

In 1970 he founded Virgin as a mail order record retailer, and not long after he opened a record shop in Oxford Street, London. During 1972 a recording studio was built in Oxfordshire, and the first Virgin artist, Mike Oldfield, recorded “Tubular Bells” which was released in 1973.

This album went on to sell over 5 million copies! Since then many household names, including Belinda Carlisle, Genesis, Phil Collins, Janet Jackson and The Rolling Stones have helped to make Virgin Music one of the top six record companies in the world. The equity of Virgin Music Group – record labels, music publishing, and recording studios was sold to THORN EMI in 1992 in a US$1billion deal.

Today, Virgin is one of the world’s most recognised and respected brands. Virgin Group has expanded into international retail, air travel, mobile, financial, retail, music, rail, resorts and leisure, space travel, and clean fuels through more than 250 companies’ worldwide, employing approximately 50,000 people in over 30 countries. Revenues around the world exceed £5 billion (US$10 billion).

Virgin Atlantic Airways, formed in 1984, is now the second largest British long haul international airline and operates a fleet of Boeing 747 and Airbus A340 aircraft to New York, Miami, Boston, Los Angeles, Orlando, San Francisco, Hong Kong, Johannesburg, Tokyo, Las Vegas, Delhi, Lagos, Port Harcourt, Shanghai and the Caribbean. The airline is based on the concept of offering a competitive and high quality Upper Class, Premium Economy and Economy service. The airline has won many major awards, including Airline of the Year Award several times.

In addition to his own business activities, Richard is a trustee of several charities including the Virgin Healthcare Foundation, a leading healthcare charity which was responsible for the launch of a health education campaign relating to AIDS in 1987.

Richard Branson has been involved in a number of world record-breaking attempts since 1985. In 1986 his boat, “Virgin Atlantic Challenger II” rekindled the spirit of the Blue Riband by crossing the Atlantic Ocean in the fastest ever recorded time. This was followed a year later by the epic hot air balloon crossing of the same ocean in “Virgin Atlantic Flyer”. This was not only the first hot-air balloon to cross the Atlantic, but was the largest ever flown at 2.3 million cubic feet capacity, reaching speeds in excess of 130 miles per hour (209 km/h).

Still after the ultimate adventure, in January 1991 Richard crossed the Pacific Ocean from Japan to Arctic Canada, the furthest distance of 6,700 miles. Again, he broke all existing records, with speeds of up to 245 miles -per hour in a balloon of 2.6 million cubic feet.

In 2004 Richard’s dream of opening the world’s first ever commercial Space Tourism business was realised with the launch of Virgin Galactic. Based on the proven technology of Burt Rutan’s SpaceShipOne Virgin Galactic’s SpaceShipTwo, the VSS ENTERPRISE will take its first customers to the stars. A child of the moon landing Richard has dreamed, as have many millions across the world, that the experience of Space should be opened to all as Virgin Galactic grows this dream will finally become a reality.

In September 2006, Richard announced at the Clinton Global Initiative that all future proceeds of Virgin Group’s transportation companies will be invested into renewable energy initiatives. Richard believes that all businesses, especially those involved in transportation, energy and particularly fossil fuels such as coal, must be at the forefront of developing environmentally friendly business strategies with a focus on replacing traditional energy with energy coming from renewable sources. This commitment is estimated to be $3 billion over the next ten years. In February 2007, Richard announced a $25 million prize to encourage a viable technology which will result in the net removal of anthropogenic, atmospheric greenhouse gases.