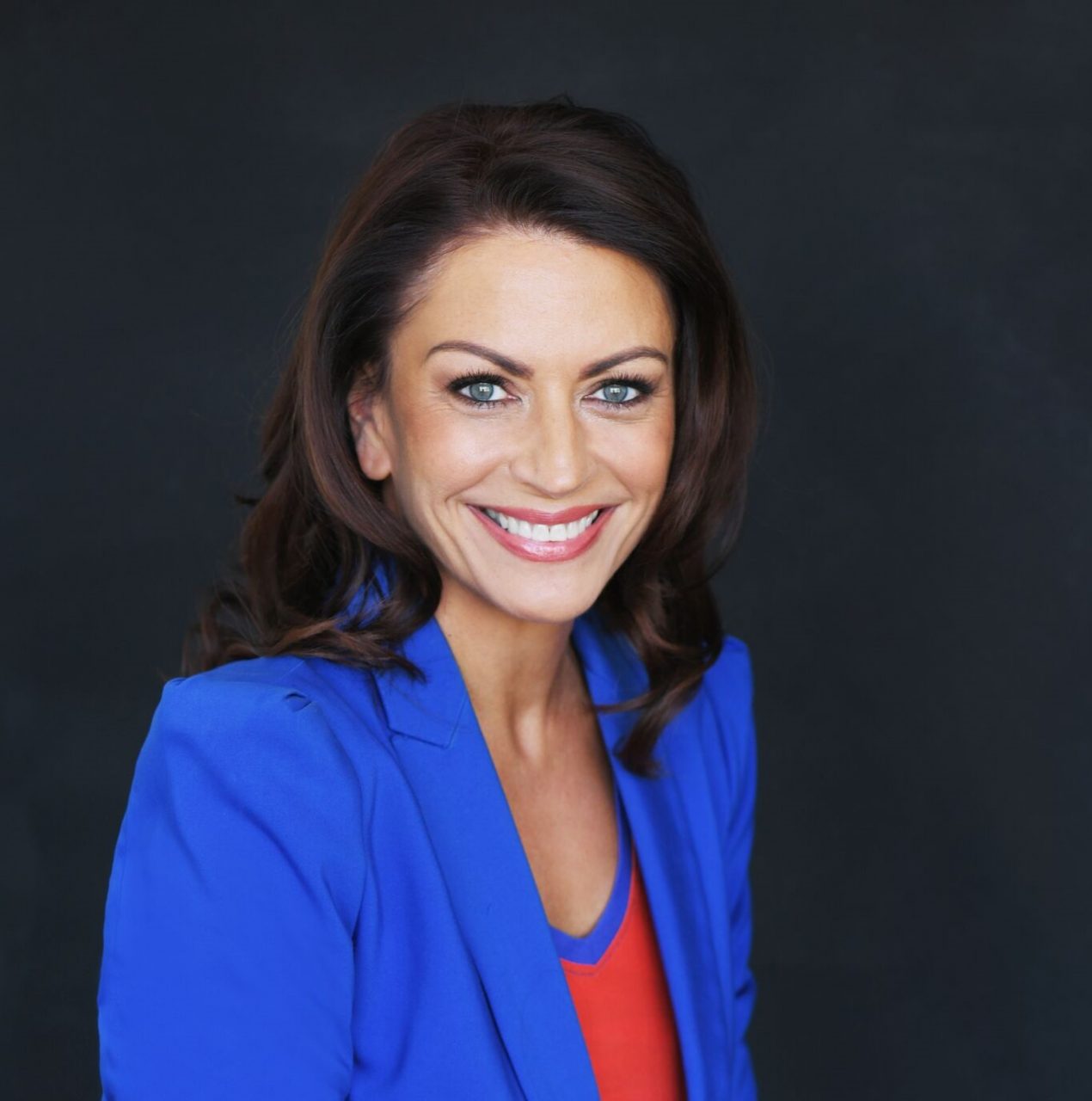 This keynote address focuses on values based leadership, and leadership under crisis and in challenging, uncertain times.?Rabia uses her unique and powerful story as a starting point, and by sharing her truths and vulnerabilities with the audience, Rabia explores what it means to be a truly great and authentic leader. She addresses what she believes are the essential qualities and key roles for a great and effective leader. She calls her audience to a higher purpose, challenging them to practice and live great, authentic, values based leadership, to lead by example and be agents of change.

This keynote address is ideal for exploring themes of equality and diversity. Rabia relates her very personal story of battling with discrimination, abuse, chronic illness and PTSD after her involvement in a hostage crisis in Iraq, and then being written out of history. She explores what it means to display moral courage and lead by example, to stand up for one’s principles and be true to one's values in the face of criticism, adversity and sacrifice, to fight for equality and to live what one teaches.

This keynote addresses the common challenges faced by many people, particularly women – trying to achieve that mythical work/life balance, tackling unconscious bias and prejudice, the realities of being a working parent and the desire to truly have it all. Rabia uses her own life lessons and discusses the way feminism has evolved and been viewed over the generations (from baby boomer, Gen X and now Gen Y). She explores the subversive as well as the real impediments to true equality in the community and in the workplace, and Rabia discusses the communication and negotiation skills required to find your voice, address and overcome these impediments.

Mother Theresa once said "I alone cannot change the world, but I can cast a stone across the water and create many ripples”.?It is this individual capacity and responsibility that we all have to create ripples of change in our homes, relationships, workplaces and communities that Rabia addresses n this very popular keynote.?Using her own experiences to illustrate the power of one, the ripple effect when we decide to act and make changes in our lives and the waves of lasting change that can come from these ripples we all have the opportunity to make.?This keynote beautifully addresses the challenges of change management, and seeing change as a constructive and necessary experience for progress.

This keynote presentation addresses the topic of resilience – what it means, how one can learn to be resilient and recognising the warning signs in order to prevent future unnecessary hardship, and to plan ahead in order to predict and overcome future obstacles. It is in the context of this keynote that Rabia asks her audience a key question – what is holding them hostage? It could be a boss, a colleague, a bully, a friend, a partner, a fear or even a memory. She explores with the audience the need to be self aware and insightful to recognise those things that prevent them from realising their full potential, the steps needed to overcome that which is holding them captive, and the warning signs to watch out for in order to prevent being trapped in the same way again.

“Rabia Siddique has led a life like no other. She is a criminal and human rights lawyer, a retired British Army officer, a former terrorism and war crimes prosecutor, a professional speaker, ...”

After starting life as a criminal defence lawyer and youngest ever Federal prosecutor in Perth, she moved to the UK in 1998 where she eventually commissioned as a Legal Officer in the British Army in 2001.

In a terrifying ordeal that garnered worldwide attention, along with a male colleague, she assisted with the rescue of two SAS soldiers from Iraqi insurgents in Basra. Her male colleague received a Military Cross for outstanding bravery, while Rabia’s part in the incident was covered up by the British Army and Government. In a fight for justice she brought a landmark discrimination case against the UK Ministry of Defence, and won.

In 2006 Rabia was awarded a Queen’s commendation for her human rights work in Iraq and in 2009 was the Runner Up for Australian Woman of the Year UK. Rabia went on to become a Crown Advocate in the British Counter Terrorism Division, which saw her prosecuting Al Qaeda terrorists, hate crimes and advising on war crimes prosecutions in The Hague.

She has recently written and published her memoir, “Equal Justice”, which is a story about strength, resilience, courage, conviction and determination. An Australian/UK feature film is shortly to be made about her life.

Rabia was born in Perth, Australia in 1971 and spent the first five years of her life in India. She is the eldest child of an Indian Muslim father and an Australian mother. In 1976 her family migrated to Perth where she then grew up, was educated and remained until her mid twenties.

Rabia’s first experiences of social inequality and injustice were at a young age when she witnessed first-hand the difficulties and discrimination faced by migrants in conservative 1970s suburban Australia. At the tender and vulnerable age of nine she also experienced abuse for the first time, which quickly robbed her of her childhood and her innocence. These experiences undoubtedly informed decisions and choices Rabia later made in life.

Rabia obtained a Bachelor of Arts and Bachelor of Laws degrees from the University of Western Australia and started her legal career at Legal Aid WA, where she practised predominantly as a criminal defence lawyer. She then moved to the Commonwealth Director of Public Prosecutions, where she became one of the youngest federal prosecutors in Australia.

In 1998 Rabia moved to the United Kingdom with the intention of expanding her legal practice to the fields of International Humanitarian Law and International Criminal Law.

In September 2001, after re-qualifying as Solicitor Advocate of England and Wales and travelling through Eastern Africa, Europe and South America, Rabia commissioned as a Legal Officer in the British Army, a rather unexpected career choice! Her career in the Army took her to England, Scotland, Northern Ireland, Germany, Italy and the Middle East.

Rabia later became the Army’s recruitment “poster girl” by promoting equality and diversity within the British Armed Forces. In a terrifying ordeal, whilst deployed to Iraq in 2005 Rabia, along with a male colleague, assisted with the rescue of two Special Forces soldiers from Iraqi insurgents during a hostage situation that garnered worldwide attention.

After the Iraq hostage incident Rabia’s male colleague was awarded a Military cross for outstanding bravery for his part in the incident, while Rabia’s involvement was covered up by the British Army and Tony Blair’s Government. In her fight for justice she brought a landmark race and sex discrimination case against the UK Ministry of Defence.

In 2008 Rabia left the British Armed Forces and went on to become a Crown Advocate in the British Counter Terrorism Division of the Crown Prosecution Service, which involved working on some of the most high profile terrorism and hate crime prosecutions, as well as advising on war crimes cases. This role also took Rabia to the International Criminal Court in The Hague.

In 2008 Rabia and her husband welcomed their precious triplet sons into the world. Parenting triplets was to become Rabia’s biggest and most rewarding challenge yet!

In 2011 Rabia decided to move to back to Australia in order to provide her family with a safe, balanced and healthy lifestyle. So far Australia has not disappointed! Rabia currently works as Senior Government Legal Counsel, whilst also juggling professional public speaking and facilitating engagements, the publication of her first book, “Equal Justice”, guest lecturing and tutoring at the University Western Australia and various television and radio appearances and interviews relating to her story and her work in promoting Women in Leadership, equality and diversity in the workforce and the rights of women, children and ethnic minorities. 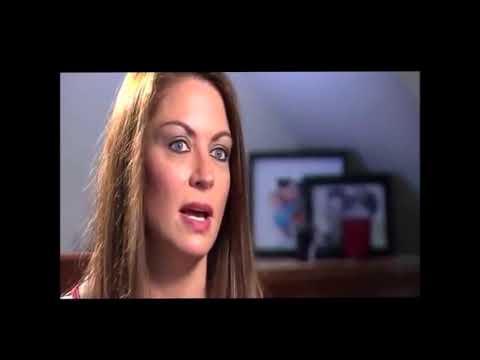 What people say about Rabia

At our annual business events industry presentation recently we had the pleasure of listening to Rabia Siddique. One of the themes of our event is to highlight the need for people to get together face to face and the benefits of personal connections and networking. Rabia demonstrated this perfectly as her presentation was raw with emotion and her connection through her messages were so impactful. Our guests were riveted to their seats. Thanks Rabia for helping our day to deliver exactly what we?wanted.

A big thank you for your wonderful heart felt and thought provoking presentation at our ACSWA State Conference. Milling through the crowd on during the breakout sessions, there was much discussion on your presentation which was conspicuously and enormously well received. Some of the comments heard were that your talk was dynamic, engaging, beautifully presented, candid, moving and motivating, offering an inspirational message that our audience could clearly relate to, and take away with them.

Thank you so much for helping make last night the success it was. The positive feedback is already coming in and your name is always included in those comments. A very compelling heartfelt presentation of your amazing story that kept everyone captivated for the hour or so you spoke. You have raised the bar as far as the Guest Speaker role for next years Craig Mostyn Group Agribusiness Leaders Dinner I can assure you!

I wanted to drop you a personal note to thank you for telling your mesmerising story to our clients. The response has been overwhelming, you certainly left an impression that will positively influence many of their lives. Someone once said to me that stars can’t shine without darkness and its our response to these moments that determines the legacy we leave. Yours is likely to be enduring and will proceed you.

In my role as Director of Women’s Markets at Westpac I get to meet the most amazing women both here in Australia and internationally. I have been doing this now for over 30 years and never have I had the opportunity to sit and listen to a woman tell her personal story of her amazing life in such a way that held the audience spellbound. Rabia is a true professional who understands the importance of getting her story across in a manner that connects to her audience and delivers a message throughout that women and girls can relate to. If you are looking for a speaker to deliver a message about resilience, passion and self belief and finding your voice then Rabia is one of the best. We need to promote more women like Rabia to speak at Women’s Conferences throughout Australia to show women in this country what can be achieved when you believe in yourself. We will certainly be engaging Rabia for further speaking engagements for Westpac both internally for our staff and externally for our Ruby events.

Rabia’s story was inspirational. In the business context we often talk about the importance of composure, keeping the goal in mind and making a difference. To see this brought to life in a real world context where lives are at stake is both humbling and inspirational. It helps put things back into context. But the most inspiring part of her story for me was the way that she demonstrated the importance of personal integrity, of standing up for what you believe is right even if that seems really hard. Rabia’s example of staying true to what she believed in, not compromising her own values, and using that core strength to face whatever the world throws at her has inspired me to try and be a better person.

Thank you for sharing your story with us, it was a great way to end our day. We had so many comments about how powerful and inspiring you were and you were called out by many as being the highlight of the conference.