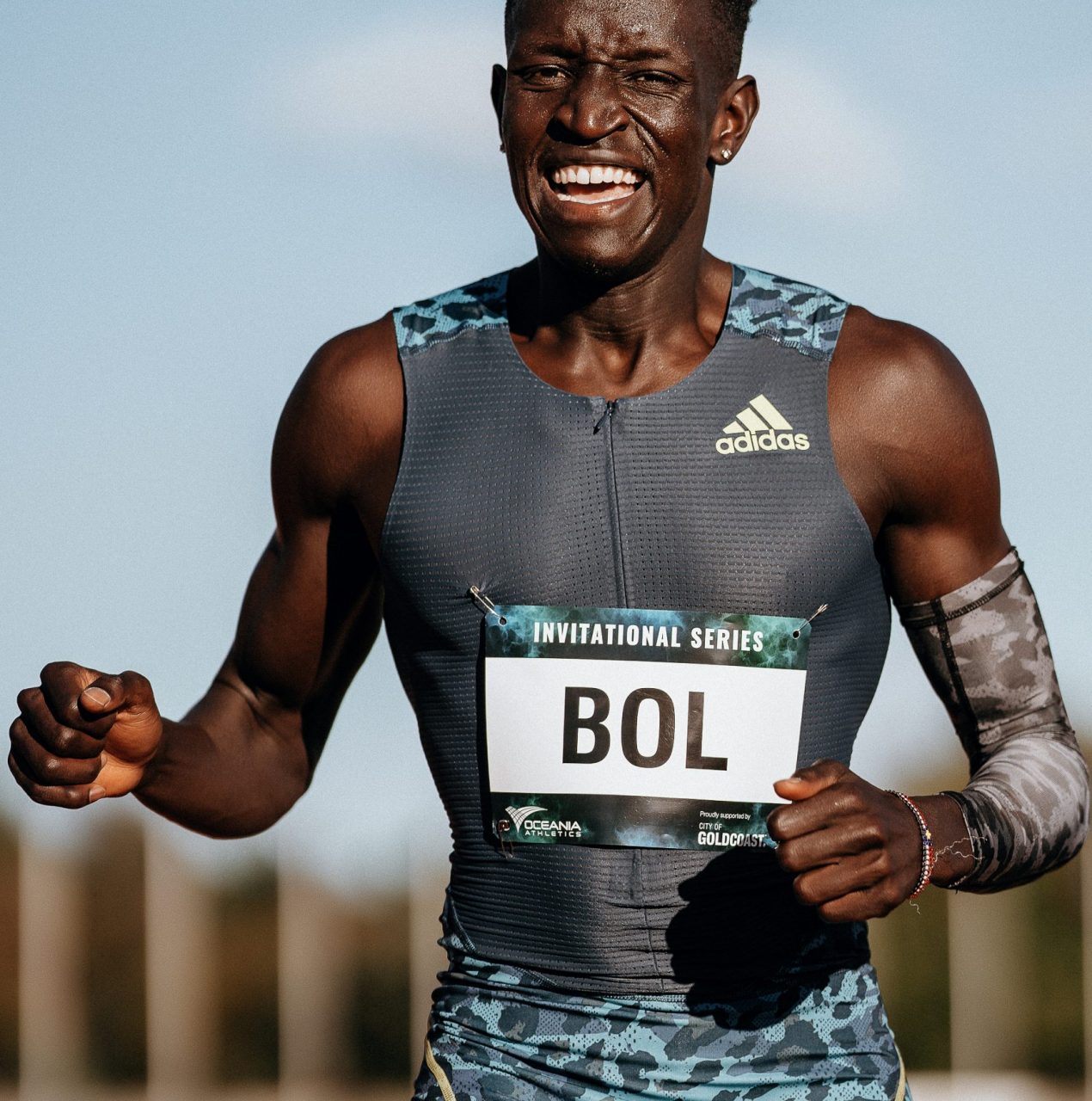 Close to his heart, Peter is a proud Australian working to improve the diversity and inclusion of this country. Fleeing Civil War in Sudan to make it as an Australian Olympian, there have been many lessons learnt along his journey to help others better understand the experience and perspectives of minority groups in Australia. Better yet, Peter can talk about the benefits of diverse teams for optimal performance.

Good leadership breeds good results both on and off the track. Peter has worked with schools, sporting groups and corporate teams to identify what makes an inspiring leader that helps their peers shine.

From his success as a junior champion, to the work needed to reach two Olympic Games, Peter has much to say on high performance.

There are a selection of key ingredients, which involve mental and physical strength, to perform optimally and win.

This recipe can be tied to a corporate, schooling or team environment.

“With an ambition to become the greatest 800m runner in the world, Peter Bol’s Tokyo Olympics experience has moved him a giant stride forward toward that goal, he swept up legions of fans ...”

With an ambition to become the greatest 800m runner in the world, Peter Bol’s Tokyo Olympics experience has moved him a giant stride forward toward that goal, he swept up legions of fans across Australia and the globe as he ran.

There are no “overnight sensations”. Dig deep into the history of anyone who appears to have shot to stardom and you’ll find a CV of hard work, tenacity, failure, success, setbacks, further attempts, trials and tests before all of these conspire to throw someone into the spotlight they’ve been orbiting. This is Peter Bol’s narrative too and he could not hide from the glaring light of achievement, over three nights at the Tokyo Olympic Games in the Japan National Stadium in Shinjuku.

The Olympic precinct In Japan’s capital is just over 15,000 kilometres from Khartoum the capital city of Sudan, where Peter Bol was born just twenty-seven years ago and half as many km’s from Toowoomba, Qld, where Peter arrived with his family at the age of ten.

There are many conflicting and captivating stories that claim detailed knowledge of Peter Bol’s journey from a boyhood in troubled North-East Africa via Egypt to Australia, many of them incorrect, but in Peter’s own words, “I don’t think people should be seen as a refugee or a migrant or something like that… get to know the person instead of the assumptions.”

Peter Bol, the person, is one of those rare sporting talents who has lit a fire that burns beyond the track, field or arena of his achievements, beyond the heats and the final of his Tokyo accomplishments. He has ignited the conversation about what it is to be Australian and what those Australians achieving international sporting greatness look like, because Peter Boll does not fit the mould the world and his adopted homeland are used to.

Born in Sudan, the Bol family fled the civil war and came to Australia on humanitarian visas in 1994, settling in Perth after arriving on the east coast. The recipient of a basketball scholarship at St Norbert College whilst a teenager, Peter was obliged to take part in school athletics and could not hide his running talent as he kept winning races. Running -without a ball – was not his first choice of sports. Encouraged by a teacher, a club and a mentor, within five years of agreeing to switch from basketball to athletics – and in particular the 800m – Peter was debuting on the greatest stage of all in Rio at the XXXI Olympiad.

The World Championships in London followed, before Peter set a personal best of 1:44 at an IAAF meet in Stockholm in 2018.

Until a very recent steamy, hot night in Tokyo, the Australian men’s 800m record had been held by Peter Bol’s friend, fellow African-migrant and training partner Joseph Deng, but Peter Bol went past this record establishing a new personal best time and in doing so, became the first Aussie male to compete in the Olympics 800m final in 53 years.

Since that run and the final in which he led from the front for the lion’s share of the race – before finishing fourth – Peter Bol has united a nation and galvanised his compatriot Sudanese-Australians. He has attracted the acclaim, accolades and admiration of pundits, politicians and the people of the whole country he now runs for.

Fellow, champion athlete and decorated Paralympian, Kurt Fearnley: “Peter Bol. Take a bow.” Ex-Socceroo and humanitarian, Craig Foster: “All of Australia loves Peter Bol. Peter’s entire life is about courage.” Ex-opposition leader, Bill Shorten, has been Peter Bol’s literal running mate and had this to say: “Peter Bol, what a legend. It’s been a privilege to know him.”

It’s been a long while since Cathy Freeman had Australia on the edge of their collective athletic seats, but now a young man, who values his family and his country more than anything, has taken that place in the heart of the nation, “I didn’t know if I was going to win, but I knew one thing for certain, that the whole of Australia was watching and that carried me on…”

Never has a competitor who came fourth in an extraordinary Olympic final fired the imagination of so many people, but then Peter Bol is no ordinary athlete; he is so much more and Australia looks forward to much more of Peter Bol.

We were privileged to have Peter as guest speaker at our end of year celebration function. Peter captivated our audience with his inspirational story and words of wisdom. His sense of humour and valuable life lessons motivated all in the room to use his 4 tools to reach one’s goals. We look forward to having you speak to us again!