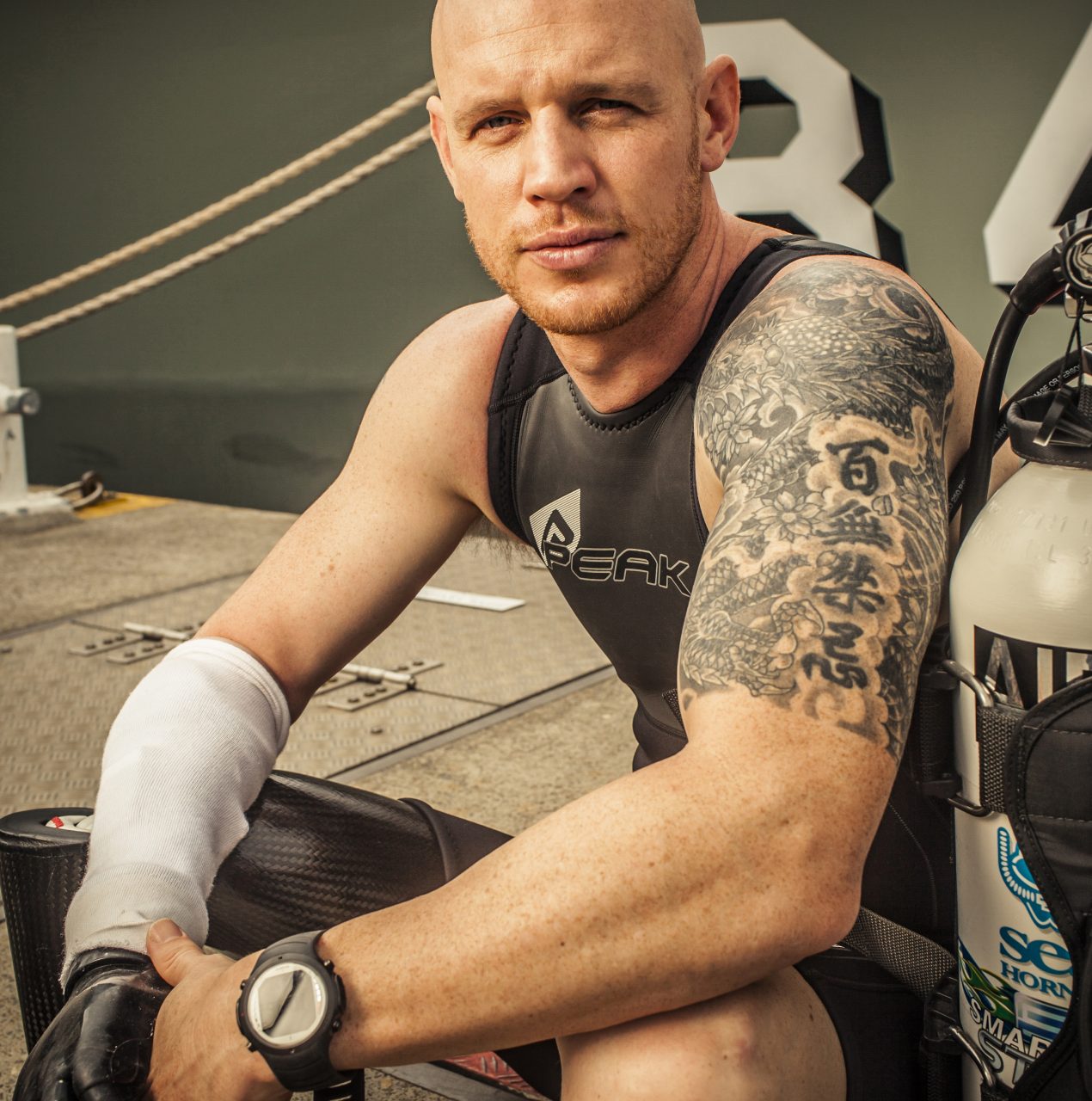 “IMPROVISE – ADAPT – OVERCOME. These three words – a mantra Paul learnt in the Australian Army as a young Paratrooper – resonated with him the first time he heard them. Paul chased adventure ...”

IMPROVISE – ADAPT – OVERCOME. These three words – a mantra Paul learnt in the Australian Army as a young Paratrooper – resonated with him the first time he heard them.

Paul chased adventure wherever he could find it, from his wild ride as a hoodlum teen and his life on the edge, to hauling his way up to the elite echelons of Australia’s defence forces.

But trouble hunted him down in the form of a brutal shark in February 2009 when Paul lost two limbs, and his career as a daredevil Navy Clearance Diver was flung into jeopardy. Drawing on everything his eventful life had taught him, Paul left nothing to chance in his recovery. He fought through excruciating pain, smashing challenge after challenge, and amazing the medical staff with his will to succeed. His inspiring story takes ‘never say die’ to a whole new level.?

In the five years since the shark attack, Paul’s life has changed in every aspect.?Leaving full time Navy Service in August 2012, after continuing to instruct Navy Divers for a further 3.5 years, Paul travels the world as a top motivational speaker, passionate environmentalist, adventurer and mentor to school kids.

From the United Nations in New York and the US Navy in San Diego, to Anzac Day military celebrations in front of thousands, and keynotes for multimillion dollar corporations and charity organizations around Australia and New Zealand, Paul has spoken at venues all around the world. He has also been a guest on every major Australian TV talk show. Just recently, he starred as a guest trainer on the Biggest Loser Australia, and co-hosting a program for Discovery Channel’s 2014 Shark Week…Great White Matrix.

An amazing man, an amazing story. Paul will simply inspire you. 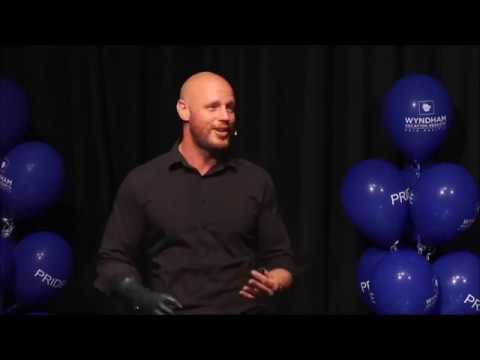 What people say about Paul

Paul was clearly the best presenter we have ever had, providing the necessary inspiration that our young people need at the moment. We anticipate inviting Paul back to Towong Shire. He is a brilliant man, with a story that has the ability to empower anyone prepared to listen, thank you!

I just wanted to send you a quick note. I was in the GPT audience up at the Crown in the Hunter… Can I just start with, you are a particularly inspiring guy Paul and I feel quite privileged to have been to one of your talks.

Paul was a standout keynote speaker at our conference. He used his story powerfully to communicate the key messages aligned to the focus of our conference. More importantly, it was obvious he was aware of his audience and successfully related well with them. It was great to see him interact with the audience after his talk. Quite a lot of speakers leave once they have completed their talk but he stuck around and we couldn’t been more grateful. Paul is a great guy and I sincerely recommend him.

I saw you speak today in Melbourne and just wanted to say how much you impacted me. I was unable to speak to my work colleague for at least 20 minutes after because of the lump in my throat. I am a single mum with two boys and rushed back to Sydney to show your video to my boys. Thanks for enriching my life.

Paul was excellent….I don’t think I have ever seen a group of boys aged 7-12 engaged for that length of time. The content was perfect and targeted the audience. I have had a lot of positive feedback from the staff and boys. I actually had 2 sons in the audience (8yrs old and 11 yrs old) and Paul was definitely the topic of conversation in our house all weekend!!! Thanks

Paul was nothing short of outstanding. The feedback I have received was extremely positive. He was an inspiration.

I wish to thank you for your attendance at today’s successful 2011 Salvation Army breakfast. Your speech was inspirational and motivating and I believe contributed to the record number of attendees. Your story is inspirational and it is a reminder to al that nothing is insurmountable; congratulations on your achievements to date, I’m sure you’ll continue to achieve success.

Paul’s presentation was definitely the highlight of our conference. He spoke very well and the feedback I have from the staff was fantastic, they were very inspired and touched by his story. Some of the staff wouldn’t let him leave as they had so many questions. He did a fantastic job and I only hope he continues to share his story.

His strength and will, only just out shine his humour and light heartedness, qualities that undoubtedly carried him through his darkest times. The impact and lasting impression he has made upon my groups and me personally is remarkable and I am blessed to call him friend.

From the moment I met Paul in his hospital bed, I knew I was privileged. Horrendously mauled and recovering from such drastic surgery … I was overwhelmed by his aura, his positive outlook and his will to live. In eight years of reporting for 60 Minutes, Paul, without question is one of the most inspirational human beings I have met! Everyone, whoever they are, can learn so much from Paul… I know I have.

Paul de Gelder has an incredible story to tell. It is a story of overwhelming odds, brilliantly overcome through hard work, gutsy determination, and a great sense of humor. I knew in an instant that I needed Paul to tell his story to the Divers of the United States Navy. His effortless charm and engaging manner reels you in for the most motivating ride of your life. A man is not defined by what happens to him, he is defined by how he handles it.

That makes Paul a most remarkable man!”