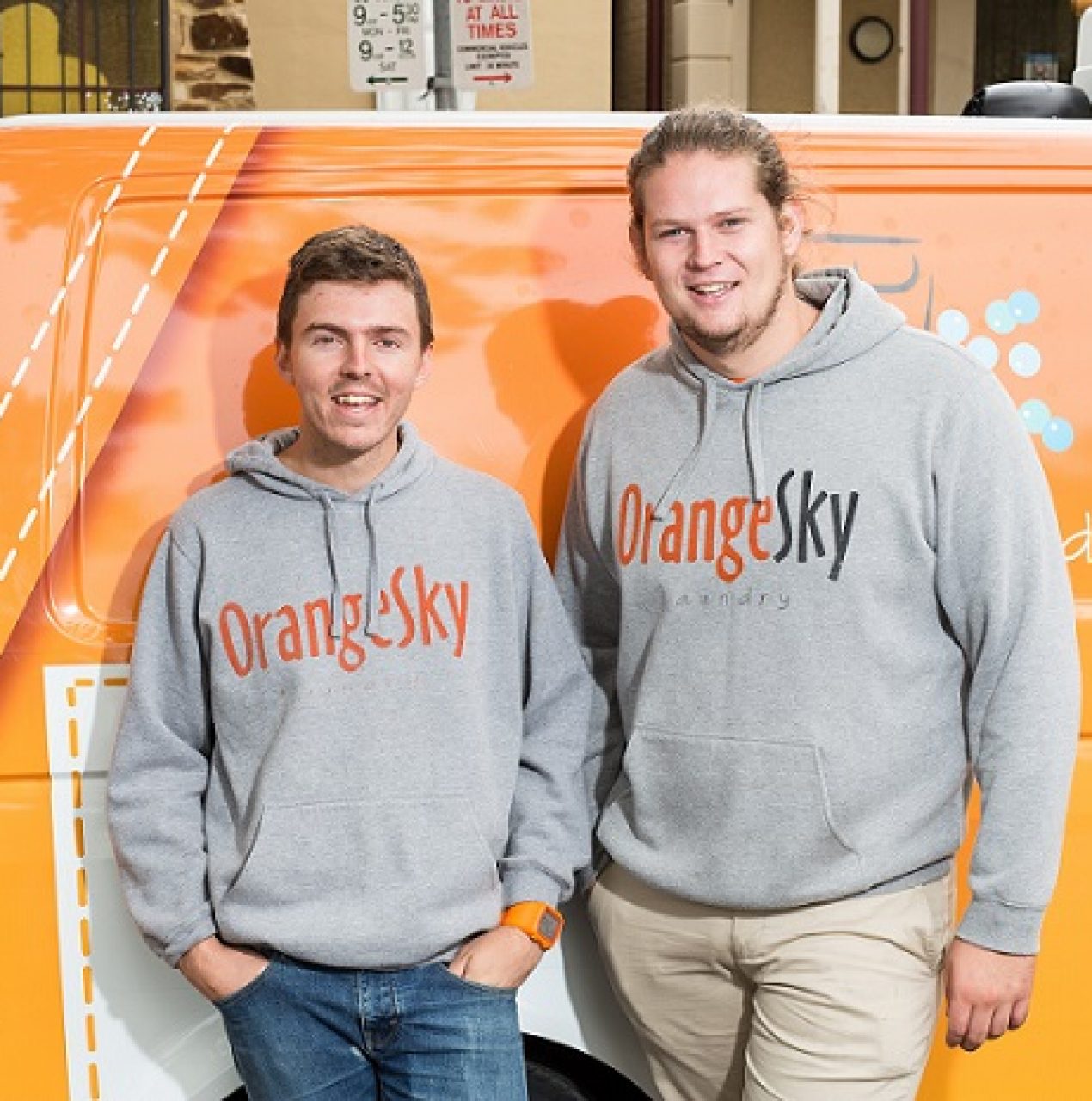 “Nic Marchesi and Lucas Patchett were jointly named as the Young Australian of the Year 2016 - a first in the history of the awards. ...”

Nic Marchesi and Lucas Patchett were jointly named as the Young Australian of the Year 2016 – a first in the history of the awards.

The 21-year-olds have been helping the homeless since 2014 with their Orange Sky Laundry — an old van they fitted out as a free mobile laundry.

The world-first idea has since grown to five vans in five Australian cities, run by more than 270 volunteers.

Battling heavy rain which descended on the nation’s capital just as the event was started, Mr Patchett said every night 105,000 Australians were homeless.

“They do not have a safe, quiet and particularly tonight, a dry place to sleep,” he said.

“They do not have a basic human right. Clean clothes and conversation. Orange Sky Laundry began in September 2014 and since then, the world first idea has rapidly expanded to five vans in Brisbane, Melbourne, South East Victoria, Sydney and the Gold Coast.

Run by over 270 volunteers, the custom fitted vans with two commercial washing machines and two dryers, service over 36 locations and wash over 350 loads each week. A catalyst for bringing people of all walks of life together, Orange Sky facilitates countless hours of conversations each week.

In February 2015, they took their mobile laundry to North Queensland to wash clothes in cyclone effected communities. Nic and Lucas have found a way to treat others the way they want to be treated by restoring respect, raising health standards and reducing the strain on resources. They now plan to expand services Australia-wide with the aim of positively connecting the community and improving the lives of others.

“Orange Sky Laundry started as a simple idea from us two regular blokes from Brisbane.

“We wanted to wash and dry clothes for free. But after 70,000 kilos of washing, over 15,000 volunteering hours across six services in Australia, we realised it is so much more.’’