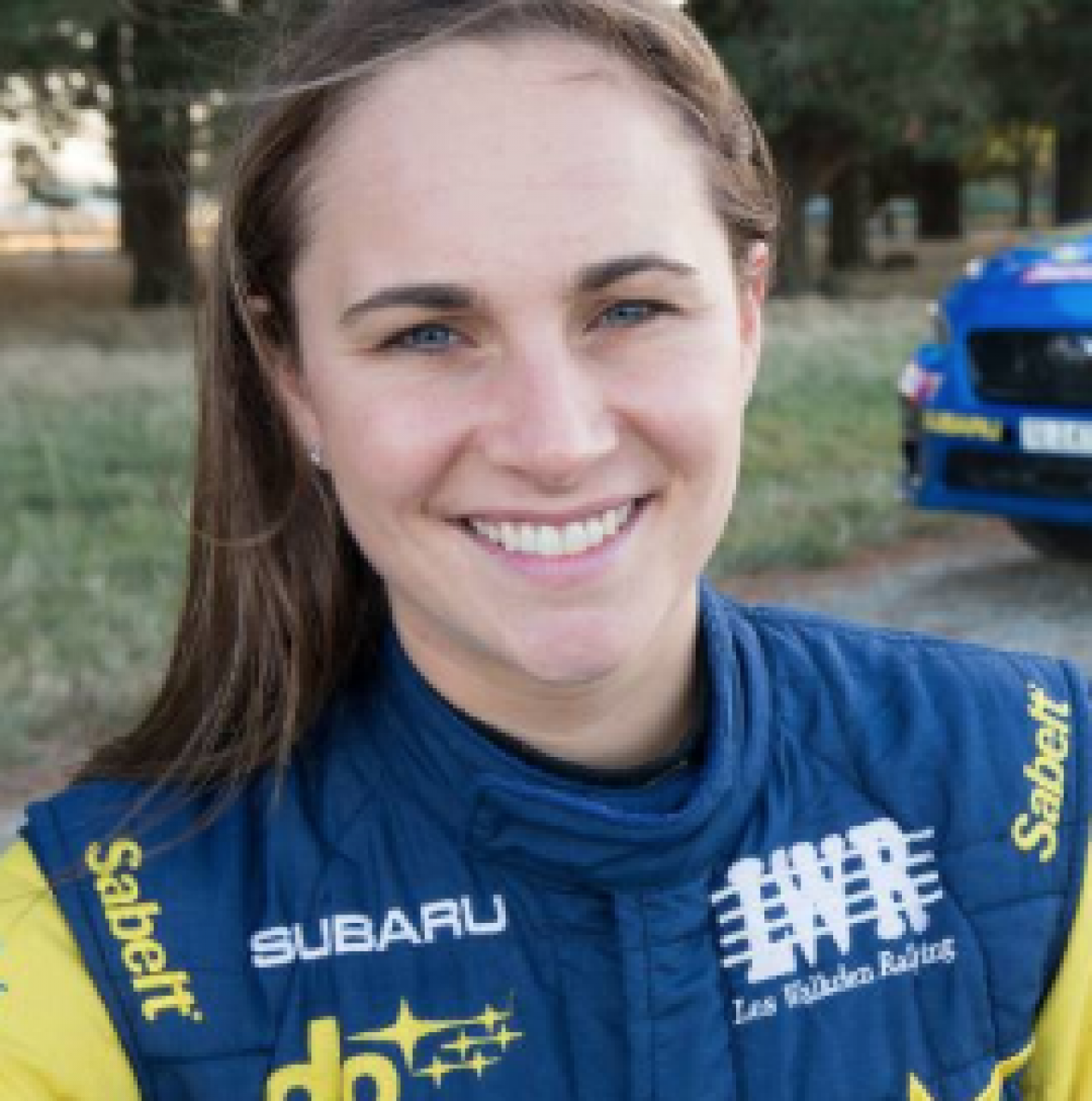 Motorsport is the ultimate test of teamwork andwinning takes absolute trust and confidence – in yourself, in your car, in your co-driver and in your team. Your ability to work efficiently under pressure, communicate effectively and know your role is critical to success just as it is in any work environment. Molly educates audiences on the power of each member of the team knowing their role, the impact it can create, and the risks when it doesn’t.

There are probably easier careers Molly could have chosen than motorsport, which involves speeds of up to 200km/hr, split-second decisions and cabin temperatures of up to 60 degrees – but Molly thrives on the challenge of her high adrenaline sport. Indeed, her passion, fierce determination and willingness to take risks are major components of her winning formula. Here, Molly shares her tips for finding the edge of grip, he strategies she’s learnt to overcome fear, how we can all operate out of our comfort zone and truly push ourselves to the limit.

UNDER THE HELMET GENDER IS IRRELEVANT

As one of Australia’s most successful rally drivers, Molly’s path to the top was not without obstacles. And whilst her sport is dominated by men, motorsport is one of the very few sports in which men and women can compete on equal terms. In this session, Molly shares her journey to the top, the lessons she’s learnt and how success on track is about more than just what goes on under the helmet and inside the car.

“Growing up in a motorsport family, an interest in rallying was inevitable, with Molly’s mother Coral a four-time Australian Rally Champion co-driver. However it wasn’t until a later age, working ...”

Growing up in a motorsport family, an interest in rallying was inevitable, with Molly’s mother Coral a four-time Australian Rally Champion co-driver. However it wasn’t until a later age, working at her father Mark’s rally school in the holidays that Molly tried driving a rally car herself.

While still at school, a friend offered her a car to compete in some local motorkhanas. She finished ninth outright and first in class in her first event.

As soon as she gained her rally licence she started competing in a Holden Gemini. In 2006 she was selected in the Women’s Driver Development Program run by the Confederation of Australian Motorsport (CAMS) and noted as a standout performer. She also won the Rallye Des Femmes by a five full minutes and went on to take the 2WD and 2-Litre titles in the 2006 NSW Rally Championship as well as CAMS NSW Young Achiever of the Year.

In 2009 Molly moved to the UK to compete in the Suzuki Swift Sport Cup, a one-make sub-series of the British Rally Championship.

She won the first two events and looked certain to take the title in the last round when a mechanical problem ended her rally, and her title chances. She also became the British Ladies Rally Champion.

In 2010, Molly again contested the British series, this time in a Citroën C2 as part of the Citroën Racing Trophy, finishing third outright after three podiums across the season. She also began working at M-Sport, the team behind the Ford World Rally team, working with the customer sales team for the Ford Fiesta S2000.

The specially tailored training program and one-make rally sub-series, replaced the former Junior World Rally Championship format, aimed at developing young drivers and providing them with a passage through to the elite levels of the sport. All the drivers competed in equal Ford Fiesta R2s prepared by M-Sport.

Molly competed across Europe in six WRC rounds in 2011, taking two top 5 results and finished 2011 on a career high, with a stage win for the final round in the championship at Wales Rally GB.

In 2012 Molly was contracted to an Italian sports management company United Business. She stepped up to the R3 category competing in selected European & WRC events driving a Citroen DS3 R3T. Molly led the R3 class in Neste Rally Finland before an electrical failure halted her assault with only two stages of the event remaining. She finished third in Rally GB.

In 2014 Molly took on four rounds of the Junior World Rally Championship. She achieved third in Rally Finland, arguably the most demanding WRC event. In doing so she also became the first female to achieve a podium position in the Junior WRC’s history.

2015 represented a new opportunity for Molly, with an offer to return to home soil and compete in the Australian Rally Championship with the Pedder’s Racing Renault Clio. Molly put together her own private team and it was a very successful season, kicking off with a win in the Heat One of the opening event in Western Australia. Molly then won the National Capital Rally outright and led the Championship at the midway point. Molly achieved podium positions at every Championship rounds and finished second overall in the Championship behind Citroen Factory Driver and three-time champion Eli Evans. She was also invited to take part in a 1000km Endurance Race in Lithuania where her team finished third in their class.

Molly’s achievements that year also included winning one of the most prestigious awards in Australian motorsport, the Peter Brock Medal, named in honour of the late touring car legend.