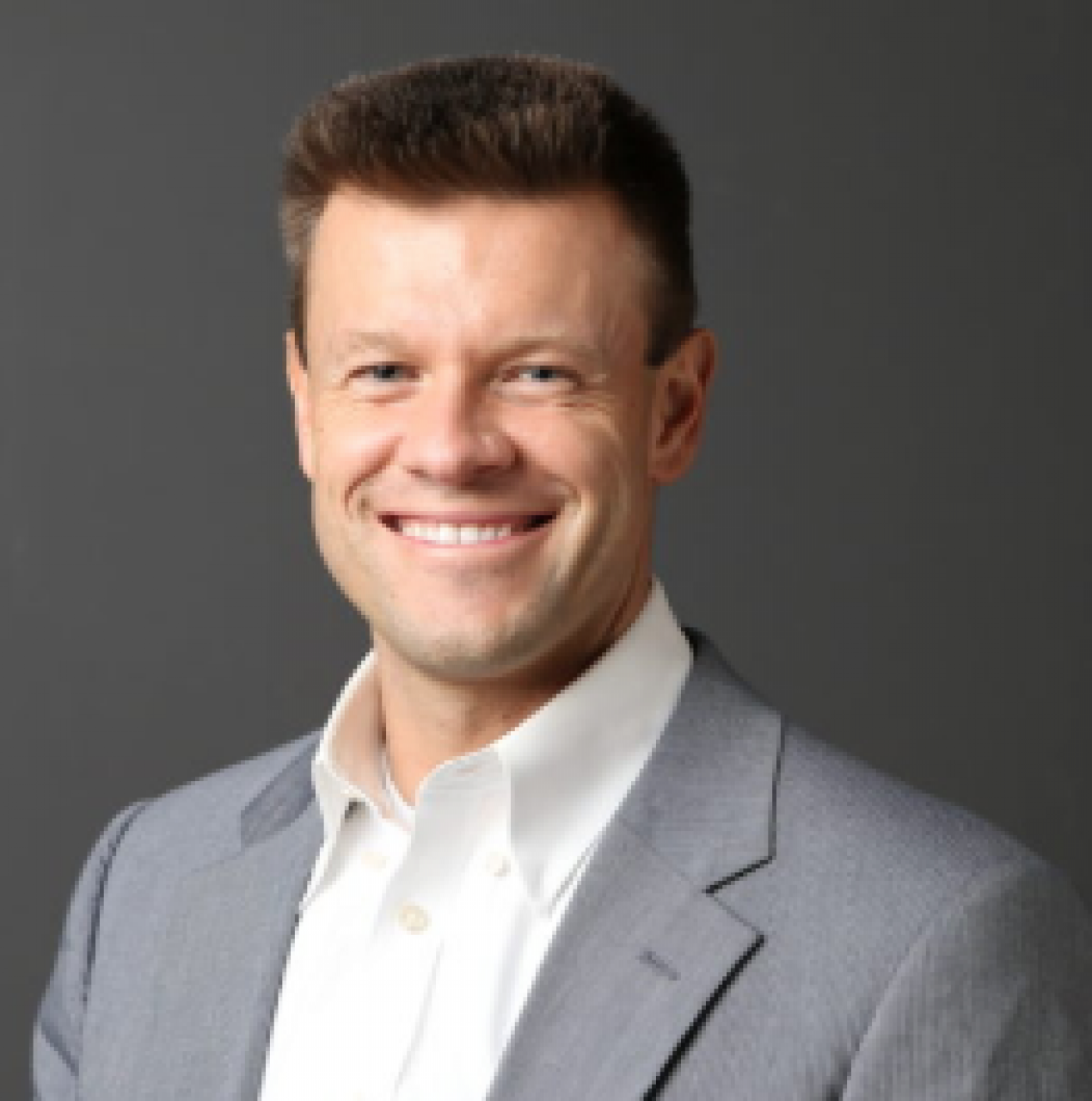 Everyone knows the world is changing – with technology re-writing the face of countless industries across the globe – but few people realise that the speed of this change is accelerating. Rapid change is not just a “phase” – it’s the new “norm”.

As an international expert in disruptive technologies – having started, grown, and sold several Artificial Intelligence companies during the past 20 years – Matthew Michalewicz delivers a succinct keynote on the future and provides practical advice and insights on what it means for your company and industry.

Topics covered include:
-Major trends driving innovation and disruption, such as personalisation, on demand consumption, and virtualisation
How new technologies such as Artificial Intelligence and 3-D printing will re-shape and disrupt countless industries
-Big data and the Internet of Things – what is it and why it’s important
-Implications for sales, marketing, and supply chain business functions
-What global companies are doing to accelerate innovation and protect themselves from disruption
-Engaging and educational, Matthew’s keynote draws on facts and studies, as well as case studies on the topics covered.

Can you have the best of both worlds in business? using the brand power and reach of a big business with the agility and innovation of a start up?

Matthew’s presentation pulls focus on the critical factors that help companies get the best out of their operation and become number in their market. Based on real-life examples and case studies, the presentation will provide practical advice for improving top and bottom line performance through innovation, along with insights into Matthew’s approach to fast-tracking business growth through sales & marketing excellence.

The presentation also addresses the common problem that large organisations face on how to approach innovation – which is typically an unstructured discipline – in a structured manner. Matthew presents different innovation models, from cultural and KPI-driven innovation, through to think tanks, strategic alliances, spin-ins, and strategic investments, and how they have been applied in various industries.

Making a Small Business Work for You ... rather than the other way around!

Most small businesses are stuck in a perpetual state of ‘survival’, never quite able to achieve the financial success their products and services deserve.

Matthew’s presentation pulls focus on the critical factors that make the difference between starvation and success in any small business. Based on real-life examples and case studies, participants are provides with knowledge, insights, and action items to improve their top and bottom line performance, along with insights into Matthew’s approach to fast-tracking business growth.

Matthew has started, grown, and sold four companies during a 20-year period, with his last venture being ranked by Deloitte as the third fastest growing company in Australia in 2012.

The Science of Success

The problem with success is that everybody has an opinion on how to achieve it. These opinions are usually based on personal experiences within a specific industry, time period, and geography, and can often be contradictory or irrelevant.

In the “Science of Success”, Matthew presents the five fundamental drivers of success that are evidence-based and proven through thousands of studies and decades of scientific research. Free from opinion and bias, he explains the mechanics of each driver, why it works, and how it can be applied for attaining business, career, and personal goals.

Matthew’s talk is often included as a keynote presentation in conferences, corporate events, and professional development programs, and is based on his groundbreaking book Life in Half a Second.

It’s not the company with the best product or service that wins the day, it’s the company with the best sales and marketing. Calling on his 20+ years of experience in both business-to-consumer (B2C) and business-to-business (B2B) sales, Matthew Michalewicz will share the secrets that can transform an average sales organisation into best in class. Using case studies and research from the field of psychology and behavioural finance, he will present what the ideal sales process should look like and how to apply it. Participants will learn how to:

-Optimise their sales process for cost and conversion;
-Sell the ‘prize’ versus the ‘product’;
-Apply ’emotional involvement’;
-Become more customer-centric; and
-Increase their credibility to increase sales.

Matthew’s talk will change the way your organizsation sells its products and services.

“Matthew has more than 20 years of experience in starting and running high-growth tech companies, especially in the areas of machine learning, predictive analytics, and decision optimisation. He ...”

Matthew has more than 20 years of experience in starting and running high-growth tech companies, especially in the areas of machine learning, predictive analytics, and decision optimisation. He is currently the CEO of Complexica, a provider of Artificial Intelligence software for optimising sales & marketing activities, and a director of several ASX-listed companies, including Prophecy International (ASX: PRO), ComOps (ASX: COM), and LBT Innovations (ASX: LBT). He is also the author of several books, including Life in Half a Second, Winning Credibility, Puzzle-Based Learning, and Adaptive Business Intelligence.

From 2005 – 2012, Matthew was the co-founder and CEO of SolveIT Software, a supply chain optimisation business he grew from zero to almost 180 employees and $20 million in revenue before selling the business to Schneider Electric. Under his leadership, SolveIT Software became the 3rd fastest-growing company in Australia in 2012, as ranked by Deloitte. The company won numerous awards, and counted among its customers some of the largest corporations in the world, including Rio Tinto, BHP Billiton, and Xstrata.

From 1999 – 2003, Matthew was the co-founder and CEO of NuTech Solutions in the USA, where he raised more than US$15 million in venture capital and grew the business to almost 200 employees in six international offices. Matthew established an “A-list” board of directors, which included former President of Poland and Nobel Peace Prize winner, Lech Walesa, former Bank of America Chairman and CEO, Hugh McColl Jr., world-renowned fraud expert and subject of Steven Spielberg’s blockbuster “Catch Me if You Can,” Frank Abagnale, and former National Security Advisor to the President of the United States, Zbigniew Brzezinski. NuTech Solutions was acquired by Netezza Corporation, which was subsequently acquired by IBM Global Services.

Matthew holds a Bachelor of Science degree in Corporate Finance from the University of North Carolina in Charlotte, where he was later named “Alumnus of Year.” 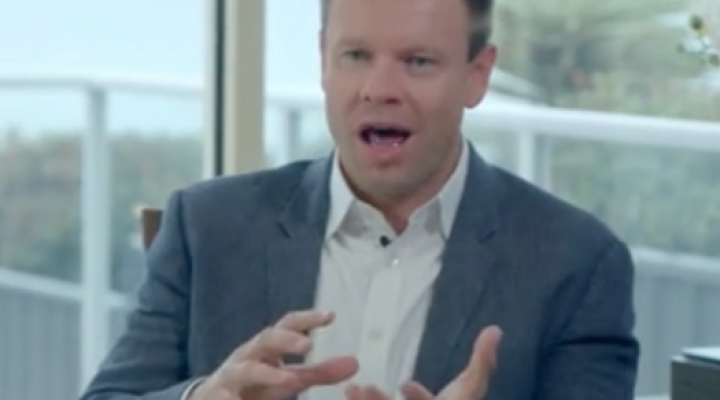 What people say about Matthew

His experience in technology entrepreneurship, and business in general, allows Matthew to find a way to spark interest and make a connection with everybody in the audience.

We got numerous comments about how easy to relate to Matthew was and how inspired people were to take charge of their own goals.