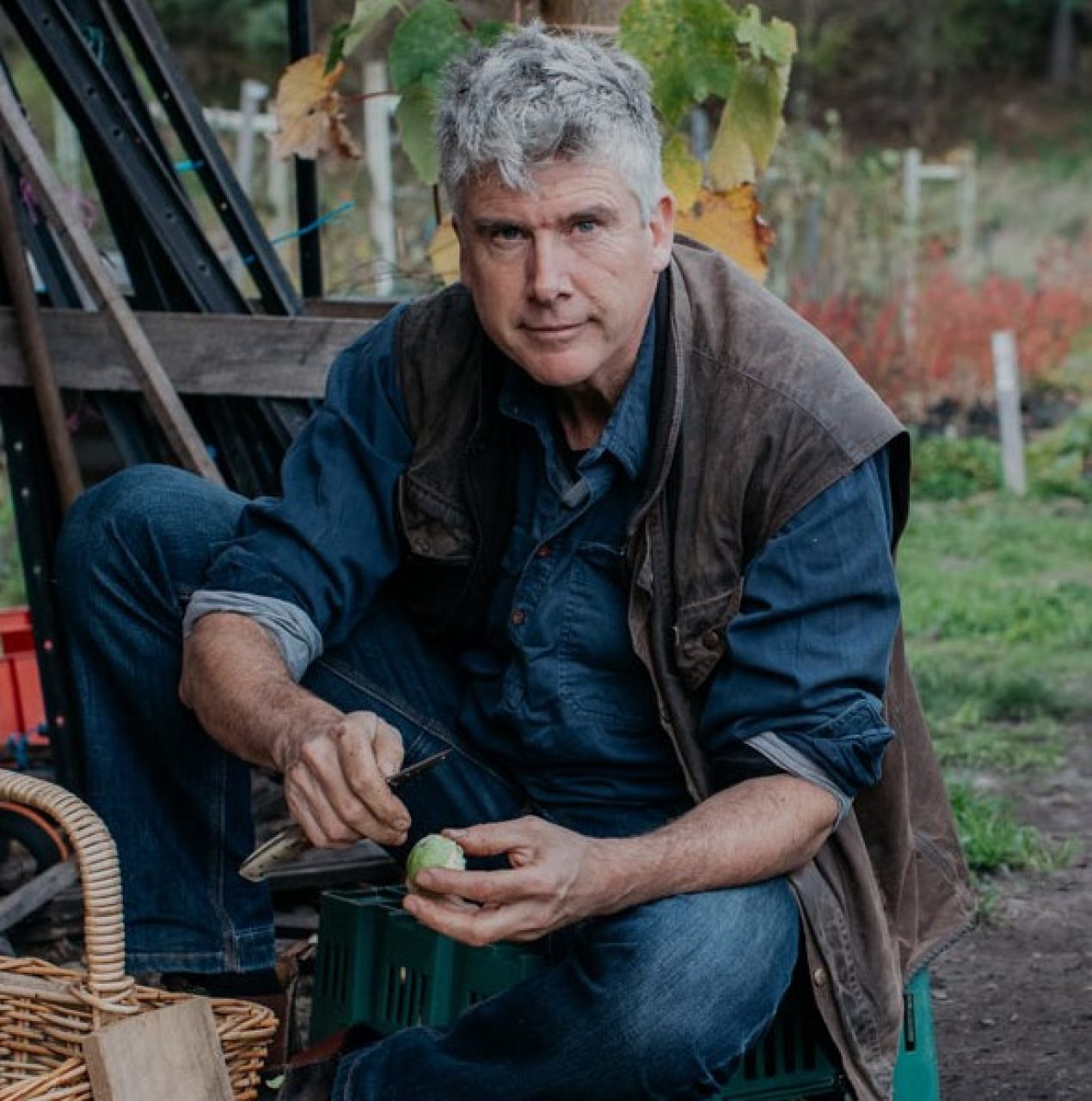 “Matthew Evans is a former chef and high-profile restaurant critic who threw it all away to become a smallholder in Tasmania’s peaceful and picturesque Huon Valley. Amongst other things, Matthew ...”

Matthew Evans is a former chef and high-profile restaurant critic who threw it all away to become a smallholder in Tasmania’s peaceful and picturesque Huon Valley.

Amongst other things, Matthew is now an old and rare pig breeder running Fat Pig Farm where the namesake pigs free-range on pasture and heritage apples ripen on ancient trees, where he has a small market garden and tries to entice milk from two recalcitrant, dairy cows.

Matthew is the presenter of Gourmet Farmer on SBS, with the fourth series, Gourmet Farmer Afloat, due to air in early 2015. He is also the presenter of What’s the Catch, an eye-opening documentary into the truth behind Australia’s seafood which first aired on SBS in late 2014. Along with the show, he became a consumer advocate, launching a campaign to change seafood-labelling laws so we can all know what we eat.

Matthew is a prolific food writer and, so far, the author of ten books on food, including the authoritative Real Food Companion, Winter on the Farm and his memoir, The Dirty Chef. He is also a regular columnist for Feast magazine.

Matthew also attends markets and food festivals, sometimes in his hot red 1980s Fat Pig food van, and he is a co-owner of A Common Ground, an artisan Tasmanian food store which also specializes in regional produce events.

Matthew is a strong believer in Real Food; food where the provenance is known and the producer valued. He believes in home cooking, using the seasons and your geography as the guide. It is his hope that more and more people will try to grow their own food or know exactly where their produce is coming from.

What people say about Matthew

After giving [Matthew] some rough (and fairly vague I’m sure) ideas of what we were after I pretty much left the evening we had planned to him, giving him full creative control. In this area Matthew excelled above and beyond our highest expectations. Having a brief meeting before our event with Matthew was a fantastic opportunity as it was clear that despite the vague nature of my instructions, he just got it. The event was a wild success and a real highlight for everyone who attended our 3 day event in Hobart. I would have no hesitations in recommending Matthew to anyone who was interested.

Matthew was a brilliant speaker, and complemented our gala dinner program and venue perfectly.