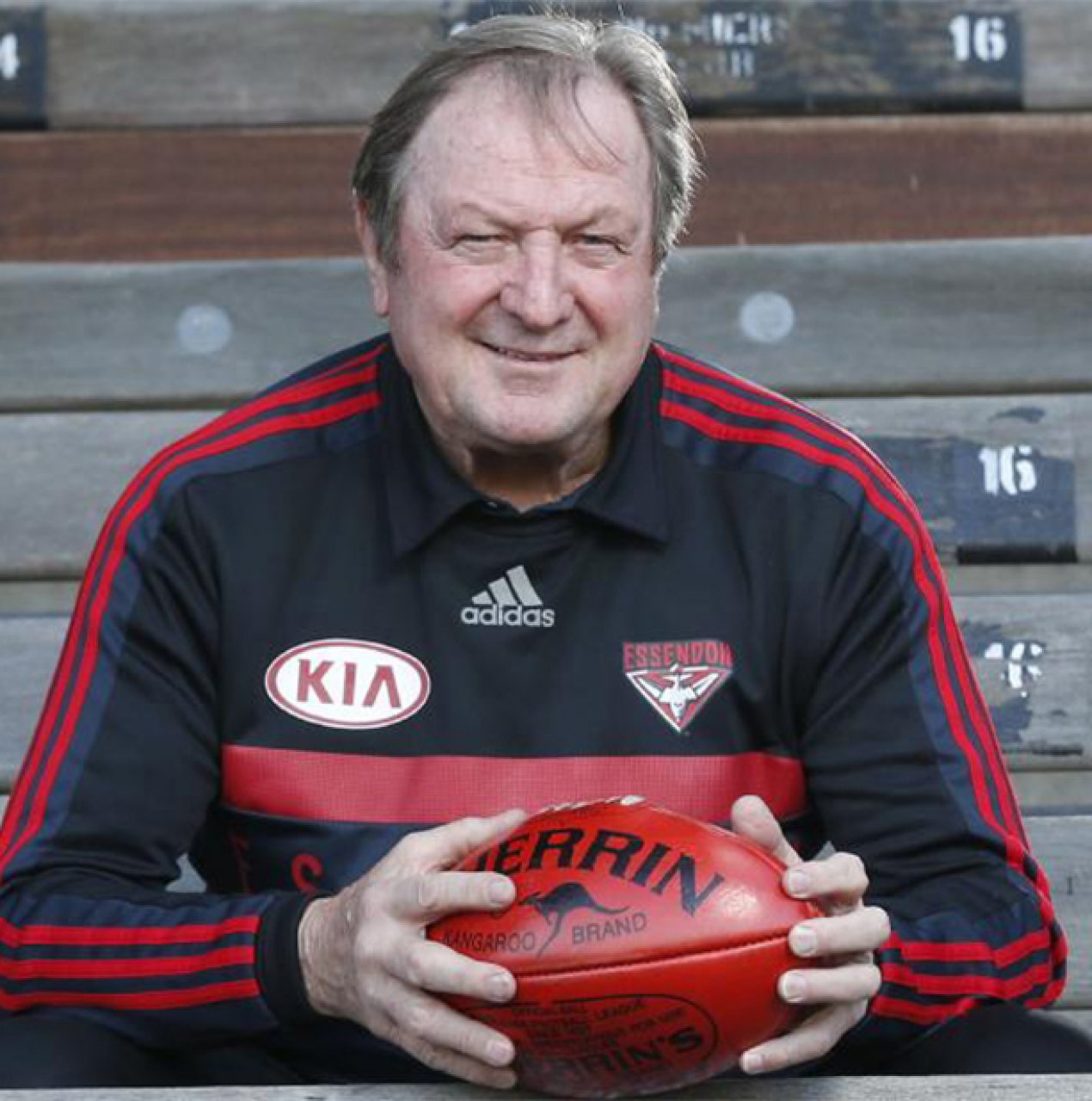 “Kevin Sheedy is one of the Australian Football League’s most successful and enduring figures. A player and coach over five decades, Kevin has an unsurpassed record of involvement in a 1000 ...”

Kevin Sheedy is one of the Australian Football League’s most successful and enduring figures. A player and coach over five decades, Kevin has an unsurpassed record of involvement in a 1000 games and eight premierships.

That involvement was well and truly re-ignited in 2012 when Kevin became the inaugural coach of the newest AFL club – Greater Western Sydney, taking his young team to two unexpected victories and helping spread the message of Australian football to a whole new audience.

After two years as senior coach, Kevin stood down to take up the position of Director with Greater Western Sydney, maintaining an involvement in the game that stretches back for decades.

He was the Skills Coach at Richmond when the club won the 1980 Premiership.

In 1981 he was appointed Senior Coach at the Essendon Football Club, where he coached for a record 635 games during 27 years of continuous coaching.

In that time the club completed in 19 finals series.

During his time at Essendon, the club competed in seven Grand Finals, winning flags in 1984, 1985, 1993 and 2000. The club also won six of eight “Night” grand finals in which it competed. Overall, Kevin has coached in 69 pre-season competition games.

He was also the successful Coach of the International Rules Team in 2005 and 2006, winning three of the four Tests played during his tenure.

As well as on field success, Kevin also helped develop Essendon off the field.? In 1980, membership was 15,000, in 2008, Kevin was given the honour of being the club’s 40,000th member in recognition of his efforts in making the Bombers a national “brand”.

Kevin also received a number of other accolades during 2008.? He was inducted in to the Australian Football League’s Hall of Fame, made a Legend of the Essendon Football Club and nominated as The Australian Thinker of the Year.

He was appointed to be an Ambassador for the AFL during the 150th Anniversary celebrations of Australian football.

He received the Advance Australia Award in 1993 and in 1998 was admitted as a Member of the Order of Australia in recognition of his service to sport and the community.

He was named the Australia Sports Commission Coach of the Year for 2000 [Domestic]. Also in 2000 he was awarded an Australian Sports Medal in recognition of his service to Australian Football.

The Centenary Medal in 2003

Kevin was one of three finalists for ‘Coach of the Year” in the 2000 Australian Sports Awards, and the Essendon Football Team were judged as the National Team of 2000. The club and Kevin are justifiably proud of achieving these awards in an Olympic year.

In 2009, Kevin was awarded an honorary doctorate from the Australian Catholic University for his services to football and particularly the way he has encouraged Aboriginal footballers into the sport.

Also in 2009, he was inducted into the Sports Australia Hall of Fame and in November of that year, appointed as coach of GWS.

In December 2013, Kevin received an honorary doctorate from the University of Western Sydney.

In 2014, he was be the guest speaker for Deakin University’s prestigious David Parkin Oration for Sport and Social Change. The event sold out in less than two days.

In March 2015, Kevin became the first life member of Greater Western Sydney in honour of his contribution to the fledgling club, first as coach, then as a Director.

Among his achievements with the Giants were helping the young side to its first ever win in the AFL and bringing to the club the largest ever match-day sponsorship in AFL history.

Also in March 2015, Kevin returned to the club he had supported as a boy, and coached for 27 years – Essendon.

Kevin was appointed as General Manager, Commercial Development and Innovation.

Kevin Sheedy is the co-author of eight books.

“Sheeds – A Touch of Cunning”

“The 500 Club” – Written with Warwick Hadfield, this has been described as one of the greatest books ever written about not just Australian football, but Australian sport.

“Stand Your Ground” – the best-selling memoir released by Pan MacMillan in hard back in 2008 and re-issued in paperback in September 2009.

The Long March – published by Slattery Media Group, a selection of stories of essays looking back and forward on the growth of Australian football around Australia, and particularly in Queensland and New South Wales.