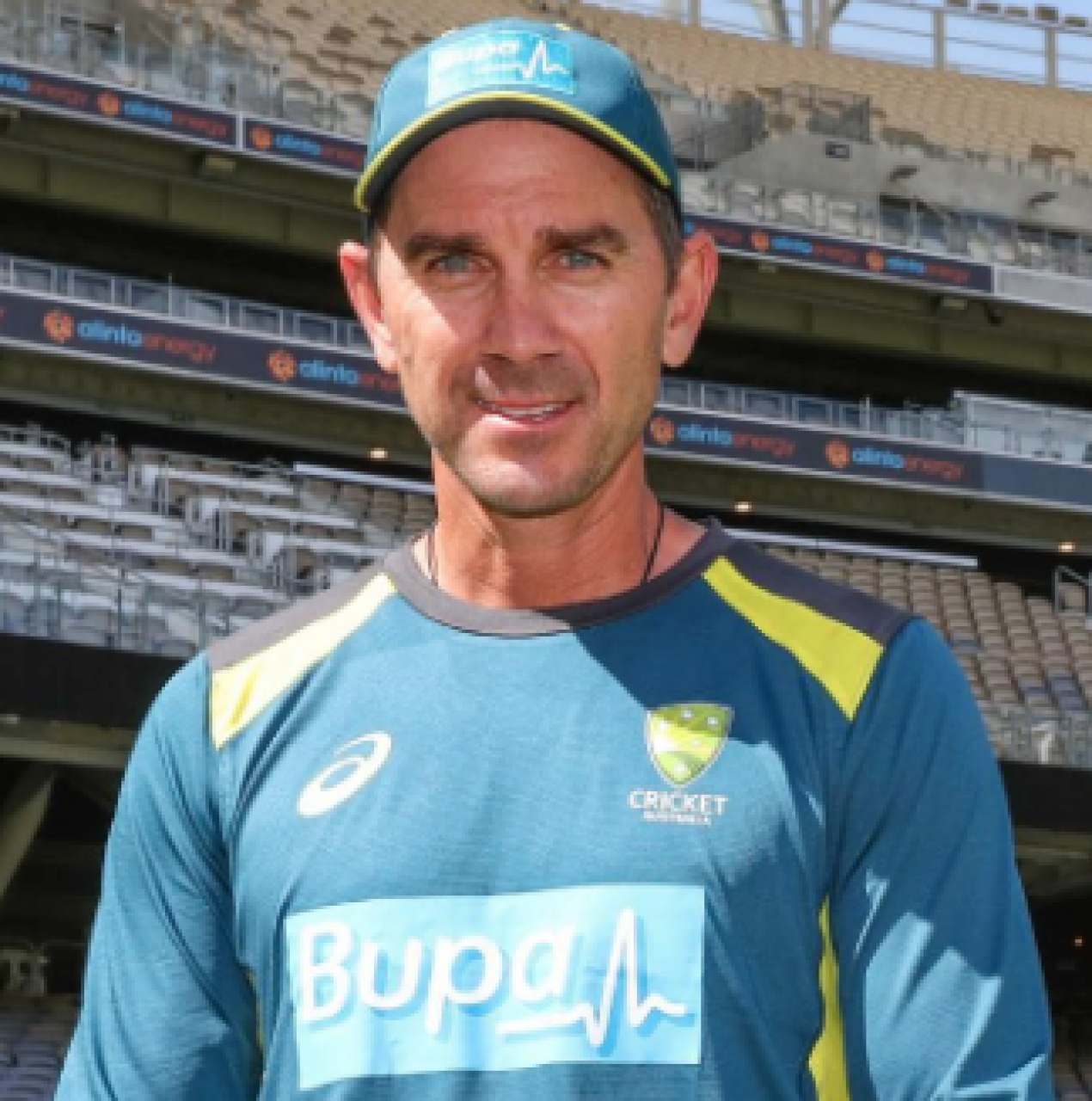 “Justin Langer showed his talent as a left-handed batsman early on the field at Aquinas. By no means just a cricketer, Justin also picked up the English Prize in Year 12 and proved himself as a ...”

Justin Langer showed his talent as a left-handed batsman early on the field at Aquinas. By no means just a cricketer, Justin also picked up the English Prize in Year 12 and proved himself as a footballer. He represented the state in Football, the same year he started hitting the ball out of the cricket field. Justin excelled at Cricket while at the school and was first picked for Australia in the U/19 team.

He played for the 1st XI every year at Aquinas College (with Honours) and was the PSA Representative each year. He left in 1987 with the “Most Outstanding Batsman” prize with the top batting average of 51.50 as Vice-Captain. Justin toured England while at the school. He was accepted into the Australian Cricket Academy in 1990 at the age of only 19. He made an outstanding debut for Western Australia at the 1991-92 Sheffield Shield match and impressively made his Test debut for Australia the following year at the age of 22.

His ability to work with other people is the quality most people mention and the reason cited for his outstanding partnership with Matthew Hayden, regarded as one of the most successful partnerships ever in the history of Australian Cricket (total 5,655 runs). This partnership was the thing that picked him out of the crowd as a cricketer. In his last year, he recorded five of the top ten partnerships in his year.

If there is an award for resilience in the Aquinian alma mater then it goes to Justin Langer. His incredible work ethic is often cited as the quality that separates him from the pack. He is also someone who has time for the cricketers of tomorrow as he has a huge impact on boys who have heard him speak. Some of them are not ashamed to admit they have put up on their wall the words Justin said to them that really chime with them.

It is said of him: “he has a strong sense of integrity and values that has held him together in his life, he is a man of the people who seeks out new people and enjoys learning. He has evolved. It’s been consistent through his life that hard work and determination are the hallmarks of his career.”

There are few cricketers from his era who go on to coach with the same sense of excellence and drive. Little wonder then he has become such a very popular choice to coach Australia. The moment he shared the news with his father was one of the proudest moments of his life.