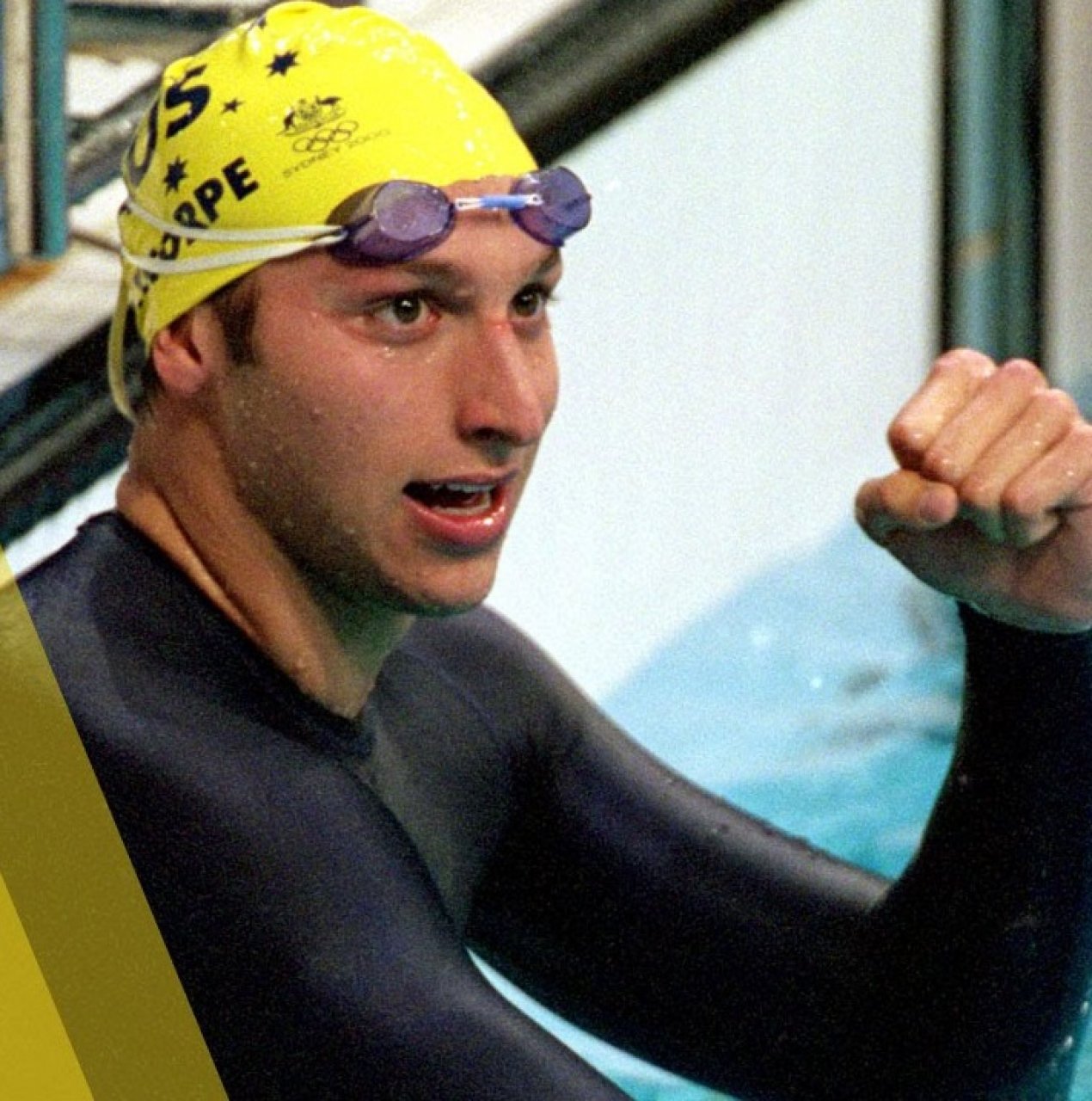 “Ian Thorpe has won five Olympic Gold Medals, the most won by any Australian athlete, making him our most successful Olympian to date. He has also claimed 11 World Championship titles, 10 ...”

To comprehend what Ian Thorpe has achieved in his short life is difficult.
His achievements in the pool are nothing short of phenomenal and his commitment to helping others and managing his success from a young age
are a testament to his character.

He has won five Olympic Gold Medals, the most won by any Australian athlete, making him our most successful Olympian to date. He has also claimed 11 World Championship titles, 10 Commonwealth Games medals and broken 22 World Records.

He was the face of swimming in Australia and now, more than ten years on from his retirement, he is still beloved by the Australian public. His efforts in the pool have been recognised throughout the world and in 2001, he was named ‘The World’s Most Outstanding Athlete.’ He was also named Swimmer of the Year on 4 separate occasions, Australian Swimmer of the Year from 1999 to 2003 and Young Australian of the Year in 2000.

Today, he provides his expert commentary for Network 7 and is an Ambassador for AIME, Australian Marriage Equality, Invictus Games and is a Patron for ReachOut. He continues to give back to his sport as a mentor and has recently committed to an ongoing role with the AIS that will focus on improving athlete wellbeing nationally.