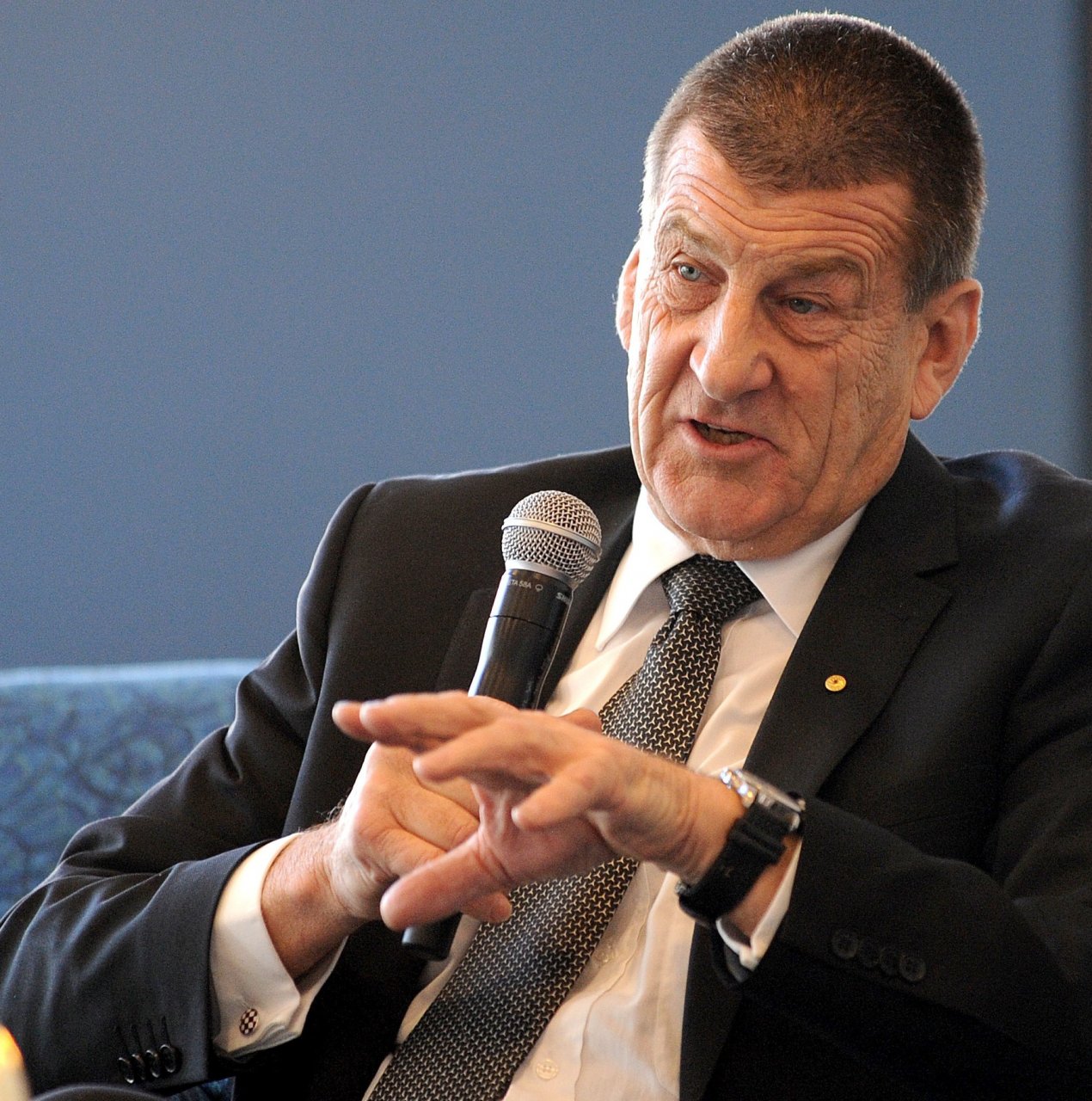 “Hon. Jeff Kennett AC is one of Australia's most recognisable political leaders and widely regarded as one of its strongest. He entered the Victorian State Parliament in 1977 and was elected ...”

Hon. Jeff Kennett AC is one of Australia’s most recognisable political leaders and widely regarded as one of its strongest. He entered the Victorian State Parliament in 1977 and was elected Leader of the Opposition in 1982. Under his leadership, the Liberal-National Party coalition was elected to government in 1992, with two-to-one majorities in both Houses of Parliament – a position unparalleled in almost 140 years in the state – and returned to office in 1996 with a net gain in representation across both Houses.

Under his premiership, Victoria earned the reputation of being Australia’s most reformist state, implementing reforms to the Victorian public service, leading Australia in the privatisation of public utilities, reducing the State’s deficit from $33bn to $5.5bn, reinvigorating the economy, reinstating confidence amongst the Victorian community, and taking the state to the world.

Jeff Kennett is the founding Chairman of Beyond Blue: the national depression initiative, and was for seven years President of the Hawthorn Football Club, during which time the Hawks played four Finals series, won their first Premiership in 16 years and nearly doubled their membership base. He is currently Chairman of Open Windows Australia Proprietary Limited, CT Management Group Pty Ltd, Amtek Corporation Pty Ltd and LEDified Lighting Corporation Pty Ltd. Mr Kennett is Patron of The Royal District Nursing Service and Sovereign Hill Ballarat, as well as being associated with many other community organisations.

In 2005, Mr Kennett was awarded the Companion of the Order of Australia.

What people say about Hon.

A wonderful and engaging speaker, Mr Kennett speaks with passion and warmth. Excellent.

Thank you from the team at CRT for joining us at the recent National Conference in Perth. Your presentation inspired much debate and interest amongst our delegates. Our delegates gave you very high marks in our post-Conference survey and we very much appreciate your contribution to the success of our Conference.

Jeff was superb. He was challenging and relevant to our audience. He prepared well for the talk and was charming and generous. He arrived whilst our Global Chairman was giving the opening address and listened, asked questions and made notes. He wove nuggets of information from the previous speaker’s talk to enhance the talk.

Jeff is very easy going and pleasant to work with. He crafted his speech based on our brief and met our expectations. The audience loved both his political commentary and thoughts on wellbeing.

Jeffrey was totally engaging and very inspiring. We have had a lot of feedback from our clients saying how great he was.

Great storyteller. Had everyone engaged as soon he started presenting. Was the perfect way to start our event.

Jeff was terrific. He spoke well and was very gracious with his time after the session.