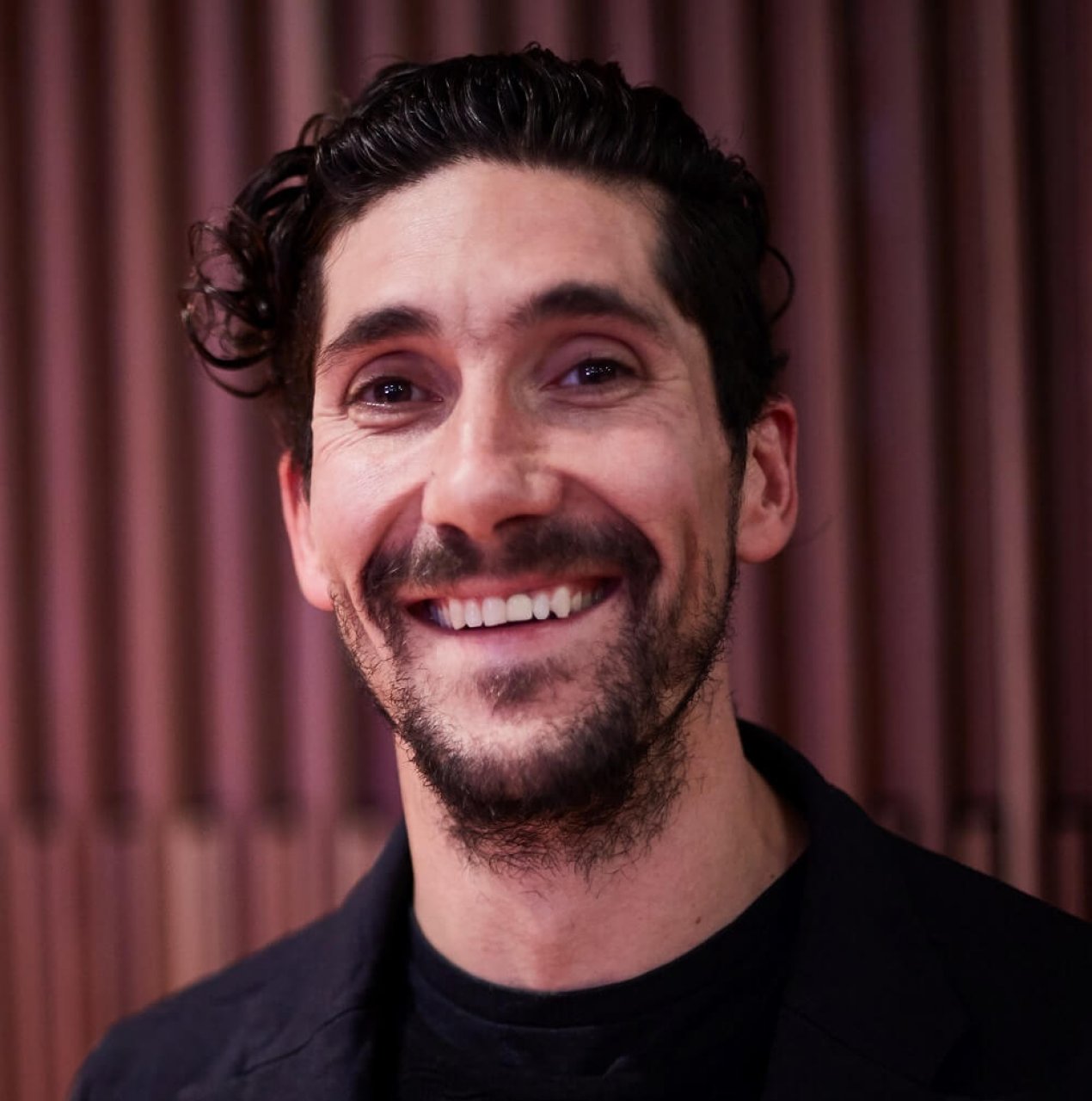 Leaders learning to hear 'I don't know' or 'we have failed'

Focusing on resilience and recovery not on accuracy and avoiding failure

Business Transformation: From analogue to digital - the Lonely Planet story through the digital revolution

Building high performance teams: using improvisation acting a tool, the difference between treating a person like an adult and not like a kid!

Technology: Get Tech or Die

The evolution of roles and structure in tech (CIO/CTO, global teams, fights for resource, IT and tech collide, cloud)

Tech for non-tech executives: tech is becoming more and more important in business, understanding how tech works, the risk profile to needed to approach it with, the difference of tech today and tech 10 years ago

Attracting, leading and managing technologists: the struggles of dealing with high IQ and low EQ

“Born and bred in the Argentinean Patagonia, global exploration was as dream of Gus’ since he was eight years old when he told his family he was going to stop his studies and travel the world. ...”

Born and bred in the Argentinean Patagonia, global exploration was as dream of Gus’ since he was eight years old when he told his family he was going to stop his studies and travel the world.

By the time he was 17, he had started his own cake business and had won a scholarship to study in Byron Bay, Australia. He spent one year in Australia … the trip forever changed his life.

During this time he met the woman who would become his wife, and he also had an epiphany that guided his life from that point on: traveling is a state of mind before anything else.

With this new philosophy, a small backpack and his hitchhiking thumb, he crisscrossed South America racking up to 40,000 km without spending any money. During that time he enjoyed countless hours speaking with other travellers and dreaming about helping travel guide companies make better products: “This content is so old, I can help you fix this,” he would suggest.

After his trip to South America, he packed up and came back to OZ to chase the girl he fell in love with during his first trip to Australia. For work, he picked macadamia nuts, led a tennis school and started a company which imported and exported goods. One day, however, he saw a newspaper ad for a position with a travel company. It was too enticing to ignore.

Armed with the quintessential Aussie ‘give-it-a-go’ spirit and his family’s encouragement, he applied. Even though the odds were against him, he managed to secure a designer role at Lonely Planet, the most influential travel company in the world.

For Gus, he just landed the job of his dreams!

It didn’t take long to start looking through the information and trying to fix and correct processes and systems in order to improve Lonely Planet’s products.

Fast forward to 2014: Gus was running Lonely Planet after eight different jobs with the company, hundreds of hours of flying and a master’s in Business Administration. Gus became one of three executive directors of LP and the chief technology officer for 18 months before hanging up the boots and ending his career with Lonely Planet.

He had done what he wanted to to do. He launched e-books, new apps, strengthened by 50% the membership of the internet’s oldest travel forum and brought the company from millions of dollars in losses to profit. Together with a team of extraordinary colleagues, he transformed 500 years of momentum in the book industry, and 40 years of inertia in the travel guide business to re-invent the velocity of travel content, the velocity of product creation and the agile mindset of what is now a travel tech company and no longer just a book business.

The information, the battles and the challenges faced under various shareholders – Lonely Planet founders, the BBC and a billionaire from Tennessee — have taught Gus the incredible challenges of innovation, technology, business transformation and human condition.

He has worked alongside some of the biggest companies in the world – Google X, Nokia, Apple, Amazon — to develop cutting-edge technology and products.

Gus will amaze you with his common sense, energy and insights into the transformation, struggles and successes of one of the most loved brands in Australia and the world.

His experiences with technology and business make him an excellent choice for your next guest speaker or keynote speaker at your upcoming symposium or conference.

What people say about Gus

Gus managed to energise and engage our attendee’s right from the start. He discussed his business journey and the major challenges he faced with such as rapidly changing market place. The whole session aligned perfectly and we were surprised at how many of our suppliers asked for his details so they could use him within their own business networks.

Gus’ ability to ignite enthusiasm from the audience coupled with the ability to keep the topic real and authentic brought rave reviews from those who attended. Can’t wait for the next Gus Balbontin installment.

Your enthusiasm and no BS approach was refreshing in a world of beige.

Your presentation and then the workshop went brilliantly thank you. Your key messages were very relevant to an organisation in the midst of major transformation and they flowed freely from all delegates throughout the remainder of the conference. We received feedback from Managers and everyone that we spoke to found you engaging and inspirational.

Gus did brilliantly considering we were running behind on schedule and had some issues with the AV at the venue. His presentation was a little rushed, but I don’t think it’s because he wasn’t prepared or a good presenter – he had a late time slot to contend with so did very well. Also, very appreciative of him spending the afternoon with our members to ensure he had the one on one time.

Your ideas were profound and your delivery mesmerising. You have reinvigorated my spirit of curiosity and desire to effect change. Thank you again.

Gus was very accommodating and went out of his way to keep me updated with the flight delays from the Sydney weather. His presentation was excellent and our key stakeholders and the delegates themselves thoroughly enjoyed it. The verbal feedback from delegates throughout the day following his presentation was nothing but fantastic. I’ll definitely be recommending to our team to use him for other events.

Intelligent, Interesting, Inspirational. A great partner to our process that has help broaden our thinking and engage people in debating the opportunities contained in diverse opinions. We will definitely work with Gus again and use him to help sharpen our view of our own potential and refine the possibilities of the market place.

I spoke with Leanne from ICMI shortly after our event to advise her how pleased we were with your presentation. The feedback we had was overwhelmingly positive for your speaking spot. In fact, you were the most popular speaker from the entire event, with some delegates even saying they would hear you again next year! You really did a great job for us – thank you!

Gus was fantastic! Highly engaging and lots of energy. We had many comments on the day about how interesting and engaging he was and also how his presentation was so aligned with our strategy and how much his messages resonated throughout the team. The examples and real life experiences he told really brought to life his key messages.

Gus was down to earth, interactive and had some good new ideas / concepts that were presented in a new way. We appreciated his willingness to be fully engaged in the event, spending time with participants, offering assistance and generally being wonderful. We love presenters who are fully ‘there’ for us and Gus was definitely one of them.

Gus delivers a dynamic presentation based on his own experiences. The presentation has a general approach which is suited to all walks of life.

Gus’message really set up the day’s agenda for us.? It delivered content consistent with what we were trying to achieve for the day.? The idea that you have to be ahead, and not be complacent.

Gus Balbontin delivers a clear message about focusing on your customers’ needs, not your own. He is engaging, authentic and very ‘light on his feet’. We have had tremendous feedback from conference delegates.

Fantastic speaker on a range of subjects and very personable and engaging. The audience loved him.