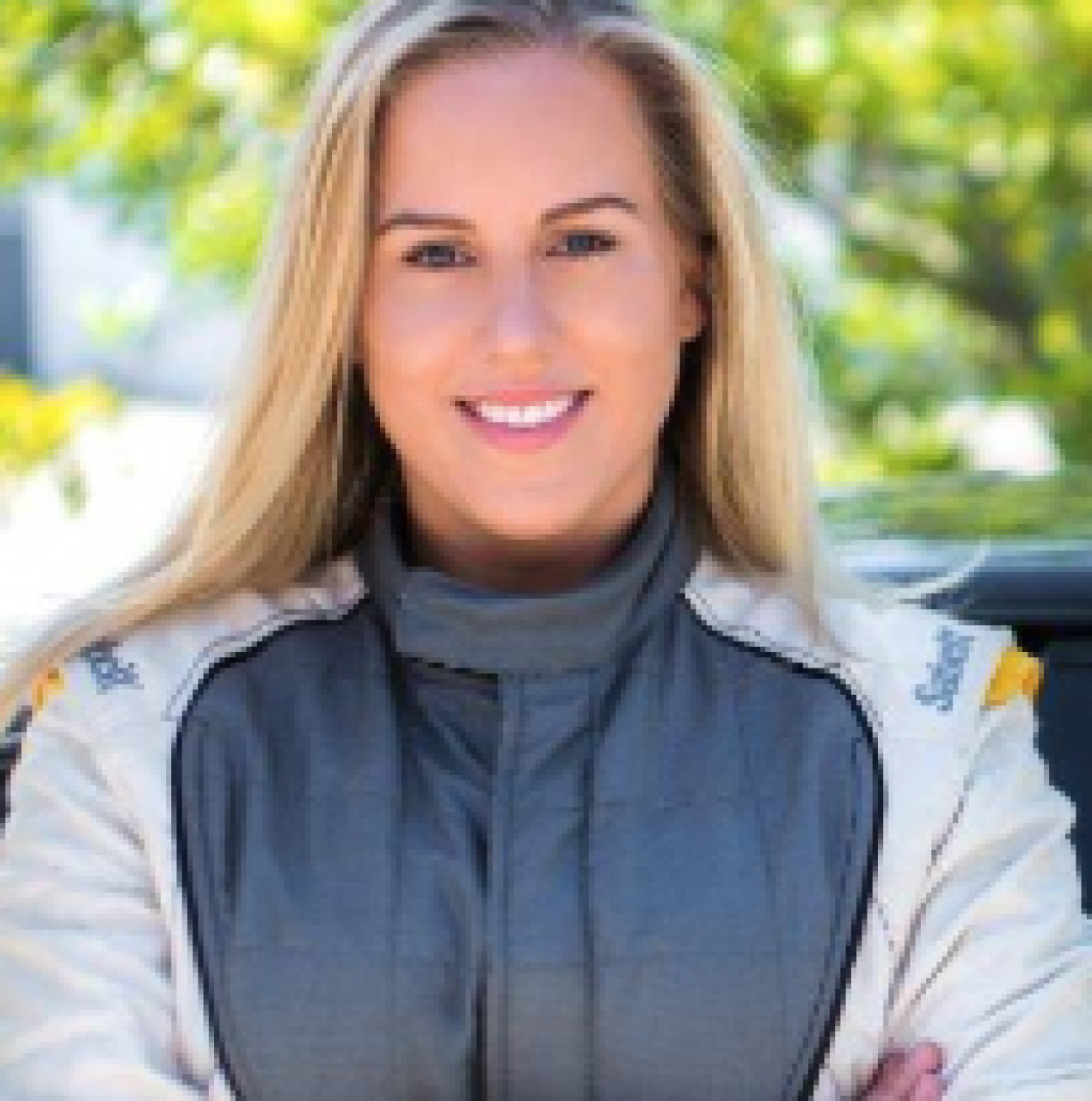 “Emily Duggan is an Australian racing car driver who has navigated her own path within the highly male-dominated sport, and a successful path at that. Ever since she finished high school, Emily ...”

Emily Duggan is an Australian racing car driver who has navigated her own path within the highly male-dominated sport, and a successful path at that.

Ever since she finished high school, Emily has worked tirelessly to prove the doubters wrong, and leapfrog the hurdles standing in the way of her path to success – a lack of family support, industry knowledge and financial backing.

As a result, Emily knows the value of hard work, appreciates the challenges required to overcome obstacles, and relishes the sorts of opportunities others take for granted. In a decision based on pure self-belief, Emily bought her own race car and started competing full-time in Series X3 NSW in 2014. Emily won the fifth race she completed in, and achieved 26 podium finishes in the category.

In March 2016, Emily made history as the first female driver to compete in the Super3 V8 Touring Car Series – the third tier of national V8 Supercar competition. It was an opportunity Emily created and funded herself, through sheer hard work. While Emily’s limited budget only allowed her to contest one round, the taste of driving a V8 Supercar invigorated her desire for more.

In 2017, Emily was a finalist for the prestigious Cosmopolitan Sportswoman of the Year Award. As a result of her outstanding on-track performances, she also received the opportunity to race internationally in an 8 hour endurance race to finish the season.Always motivated to push herself to the next level, Emily stepped up to the Toyota 86 Seriesin 2018. Although she had the opportunity to sign with an existing team, she followed herinstincts, built her own car, and raced for a team she owned and managed herself.In 2019, Emily’s relentless work ethic paid off, and enabled her to return to the Super3 series alongside a second campaign in Toyota 86s.

The highlight of Emily’s season came at the Winton Super3 round. Her car was damaged in the weekend’s second race when she was caught up as the innocent victim in another driver’s incident.
Not to be discouraged, Emily showed her pure determination and fighting spirit as she and her small team worked late into the night to repair her car for the final race. What followed was a stunning charge through the field, Emily’s talent and resilience shining through as she raced from the back of the field to sixth place.

Emily’s motivation and work ethic have been recognised by some of the sport’s highest profile figures, including multiple Bathurst endurance race winner Paul Morris, who labelled her the hardest-working driver in pit lane and awarded her a scholarship to the Paul Morris Racing Academy, allowing her to hone her skills and race craft at the Norwell Motorplex facility.

Away from the track, Emily’s unique and captivating story has attracted extensive
coverage in mainstream and lifestyle publications such as Women’s Health Magazine. Her entrepreneurial nous has been recognised by the Business Chicks organisation, who invited her to speak at their “Nine to Thrive” functions. In 2019, she was appointed as an ambassador for Dare to be Different, an international organisation committed to inspiring, connecting and showcasing female talent in the motorsport industry.

With her fiercely determined approach, refusal to take no for an answer and ability to motivate others to get the best out of themselves, Emily is an outstanding female athlete and a valued member of the Australian motorsport community.