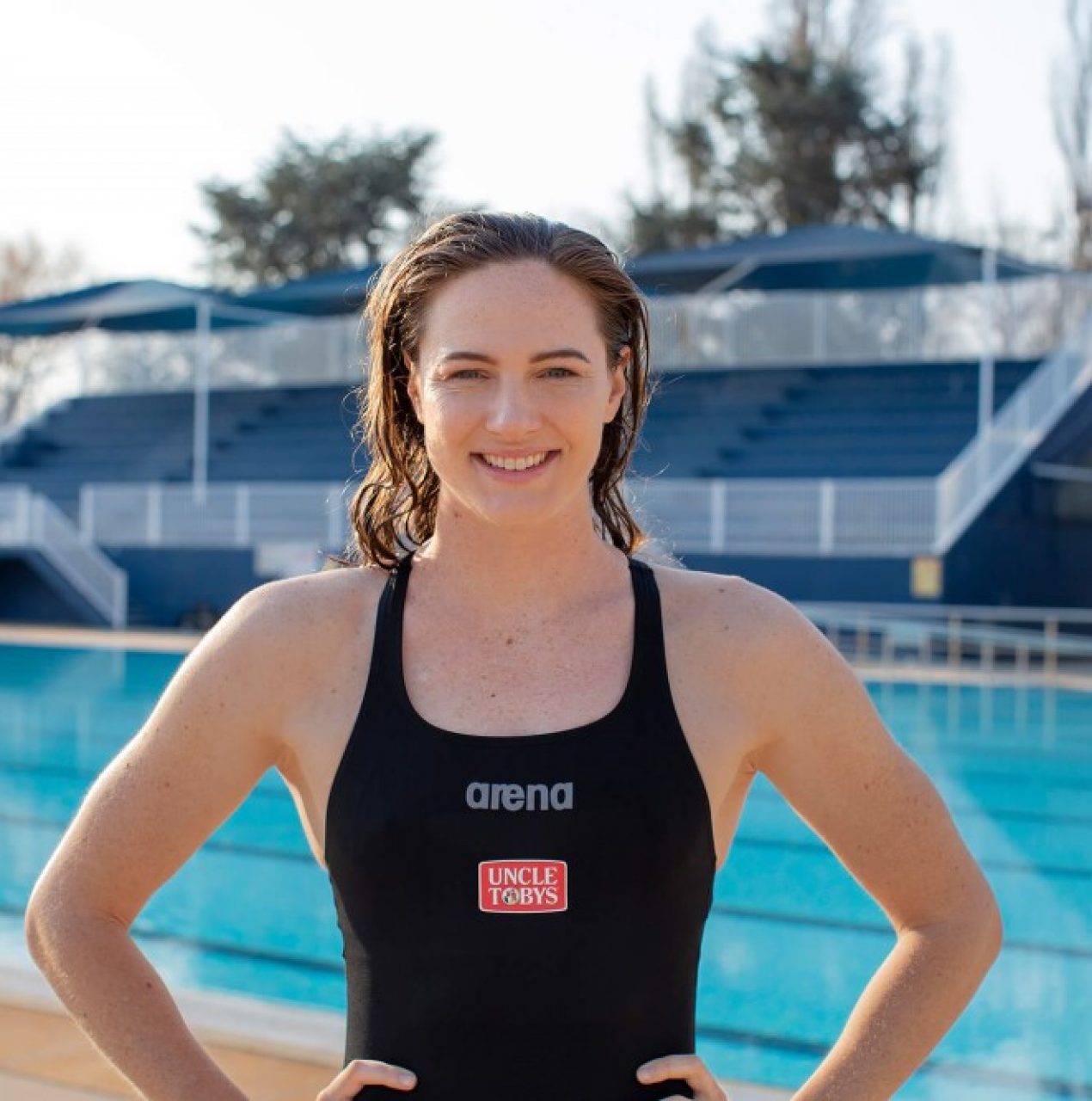 “The eldest of five Campbell children, Cate was born in Malawi and was taught to swim in Lake Malawi by her mother Jenny – a synchronised swimmer. When the family moved to Australia in 2001, nine ...”

The eldest of five Campbell children, Cate was born in Malawi and was taught to swim in Lake Malawi by her mother Jenny – a synchronised swimmer.

When the family moved to Australia in 2001, nine year-old Cate and her sister Bronte joined the local Indooroopilly Swimming Club in Brisbane and fell in love with competitive swimming.

Cate’s dominance in the pool began at a young age, rising through the ranks to win two gold medals as a 13 year-old at the Australian Age Championships to put herself squarely on the national team radar as one to watch.

By the age of 16, she had broken the Australian & Commonwealth 50m Freestyle records and earned selection at the 2008 Beijing Olympics, where she displayed remarkable maturity and poise on the biggest stage in world sport to win Bronze medals in the 50m Freestyle and 4 x 100m Freestyle events.

Cate backed that breakthrough performance up with another Bronze at the 2009 World Championships as she set her sights on the 2012 London Olympics.

What people say about Cate

For me, Cate is as classy and respectful as any athlete I have ever come across with a genuine endearing and caring nature that you cant help but respect and admire her for. A steely determination and incredible internal drive, Cate is the ultimate team player in what can be an extremely selfish sport. What stands out most though is this vulnerability that you rarely see these days, it makes her real and relatable. The perfect combination: one of the worlds best athletes and human beings all in one!

Cate Campbell is the most talented, accomplished and yet humble swimmer whom I have had the privilege of coaching for the past 18 years. Watching her sprint is like seeing art in motion and something I never tire from.