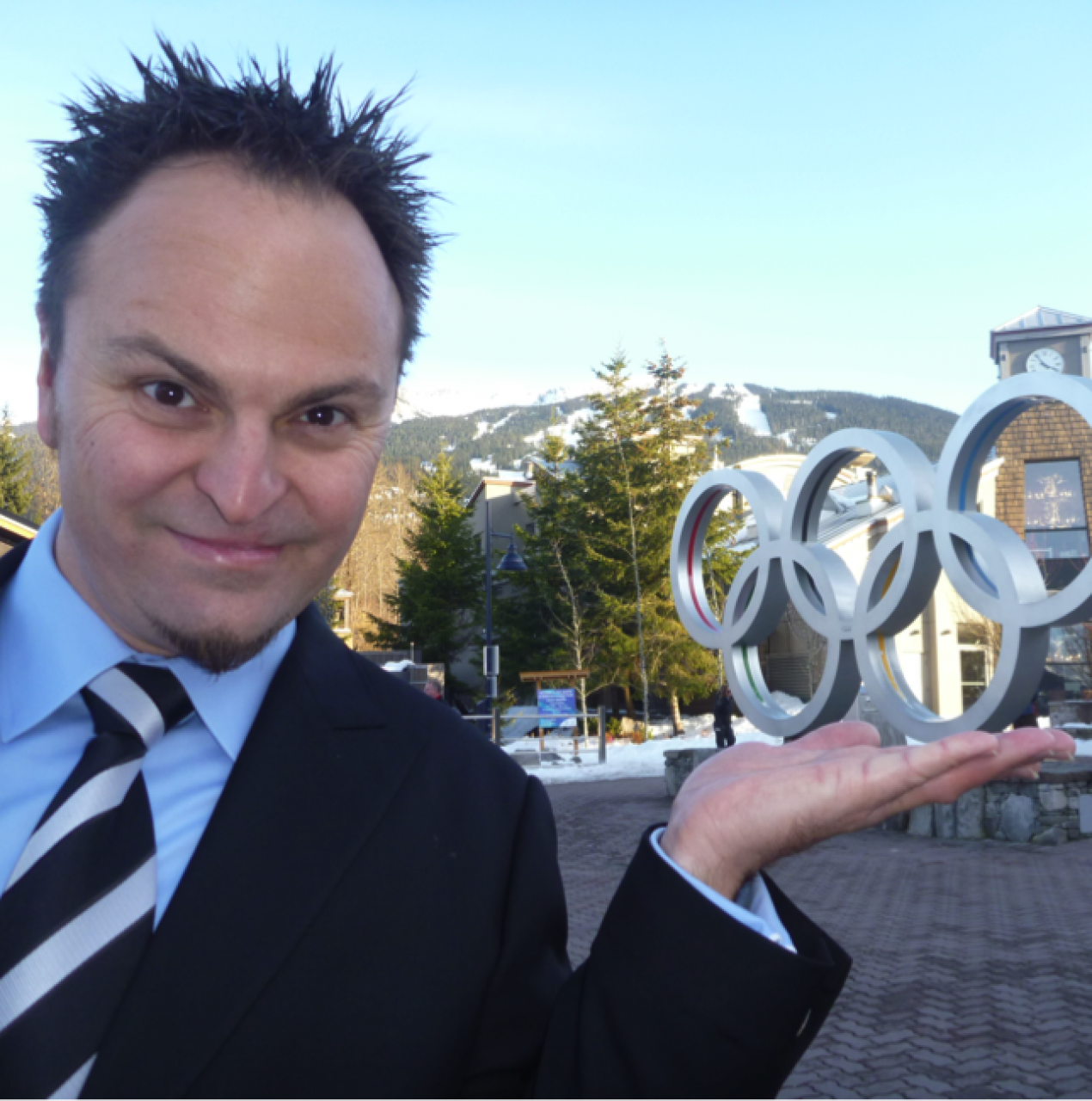 Steven Bradbury has mastered the business of Motivational Speaking | MC | After dinner speaker, however his other business experience and success is not as widely known.

Through his own business making custom made speed skating boots Steven is able to talk from experience. Initially, he identified a personal need to fulfill his own requirements and soon thereafter identified and tailored a solution for a target market of speed skaters around the world.

After experiencing difficulty getting skating boots from overseas, Steven and a fellow skater Clint Jensen decided to try making their own.  Five years after kicking off the Revolutionary Boot Company (RBC) www.rbcsport.com skaters wearing RBC boots won 3 Gold, 3 Silver and 2 Bronze medals at the 2002 Salt Lake City, Winter Olympic Games.  This was sweetened by one of those gold medals being won by Steven himself.

At 39 years of age Steven’s experiences as a 4-time Olympian, businessman and life experience brings a fresh and uniquely Australian feel to the corporate world that can dovetail nicely into your ---

Conforming with what you already know works, and learning to do it better are the building blocks that thrust the ‘Last Man Standing’ onto your television screen.  That historic moment coined the saying that now appears in the Macquarie Dictionary, ‘Doing a Bradbury’.

Now there is an opportunity for Steven to help your team members do their own version of ‘A Bradbury’ and realise their full potential.  A successful leader leads by example, not by simply telling the team what needs to be done.

After dinner speaker and entertainer is Steven’s specialty. Your audience will be entertained and motivated with stories from Steven’s:

Steven enjoys the inspiration he gives his audience through his amazing life story and has brilliantly combined this with a natural, unpolished, very Australian speaking style.

Stephen’s story is motivation on steroids! If you are looking for a motivational speaker you don’t need to look any further, Steven is a ‘must see’. Just another speaker, Steven most certainly is not. He very much enjoys the inspiration that his story brings an audience, through his natural, unpolished and down to earth account of the realisation of his Olympic dream, he brings messages of passion, persistence and teamwork which undoubtedly equals success. His story really resonates with any audience.

The Bradbury story is one of the true Aussie battler who overcomes all kinds of adversity to achieve the ultimate goal. Some people have described Steven’s victory as lucky. Winning Olympic gold took a lot more than just luck. Four Olympic campaigns and 12 years of hard training including an Olympic Bronze in 1994, 111 stitches in his leg and in the year 2000 a broken neck are testimony to that hard work and persistence. 18 months after breaking it that same neck was supporting an Olympic Gold Medal.

One of Stephen’s strengths is speaking from the heart. His passion for his sport and business pursuits are known to many Australians. Steven motivates his audience with this same passion. His amazing journey touches a chord with people from all walks of life. We all have our own personal goals and in order to achieve them, there will always be some difficult times on the journey. Without passion for your pursuits, you will give up during the difficult times. Steven’s story is a prime example to all, that if you have passion for what you do and you ‘stick it out’ then you too can be the Last Man Standing.

Stephen competed for Australia at 4, count them, 4 Winter Olympic Games. He trained 5 hours a day, 6 days a week for 12 years and then, suddenly he became an overnight success. Your audience will be left with a lasting impression that much of the prize is in the journey and if you show up every day and give it your best then it’s only a matter of time until you create your own version of ‘doing a Bradbury’ and like Steven become, the Last Man Standing.

“He trained 5 hours a day, 6 days a week for 12 years and then, suddenly he became an overnight success....”

Olympic Champion, Champion Speaker and genuine onstage Motivator and Entertainer is a unique skill set. Transitioning from being an expert speed skater to an expert motivational speaker, MC and after dinner entertainer has been an interesting ride over the last 12 years. Steven Bradbury has presented at over 1300 conferences and events in 21 countries and still loves it. He loves the adrenalin before going onstage and loves that his strategies for success in business and in life are able to inspire and help people.

Session Highlights:
–A fully interactive show including motivation, videos, music, comedy and audience participation.
–You will actually hold and have your photo taken wearing Steve’s Olympic Gold Medal.
–How he broke his neck, lost 4 litres of blood on the ice and trained 5hrs a day, 6 days a week for 12 years to become an overnight success.

Outcomes:
–The saying 'Doing A Bradbury' was officially included in the Macquarie Dictionary in 2014.  Learn how to put yourself in position to be the next to 'Do A Bradbury”. Position yourself to come from behind and be ready to seize the opportunity. Links to creativity, innovation and disruption themes.
–Business success and strategy learned through his own custom speed skate and cycling shoe company.  RBC exported to 22 countries and won a swag of Olympic Medals before the company was sold in 2012. RBC tailored a solution to a target market.  Resonates with business owners or managers.
–Sustaining a culture of success and a positive mindset.
–Teamwork: Today’s world is competitive. To win in business or sport you need the right support team. A team is only as strong as its weakest link.
–Leadership: A successful leader, leads by example not just by telling others what to do.
–Setting goals and having a plan written down is not optional.
–Steven has been dubbed the 'Luckiest' Olympic Gold Medallist.  Luck is when preparation meets opportunity. Links to themes around resilience, belief in self or team, and maintaining a positive state-of-mind.

Steven can tailor his presentation to suit client themes, objectives and timeframes and will work with you prior to your event to get the best result possible.

Even though Steven is a household name this doesn’t mean he comes with
celebrity baggage. Any pre and/or post-presentation requirements are no problem.

Honours:
–The Don Award for Australia’s best sporting performance in 2002
–Order of Australia Medal (OAM) for services to Australian Sport

Other:
–On air host and commentator at the 2006, 2010 and 2014 Winter Olympic
Games Australian TV coverage
–Director Olympic Winter Institute of Australia (OWI) 2002 to current

As well as being entertained and inspired you will leave with the knowledge the much of the prize is in the journey and success takes Passion, Persistence and Teamwork. 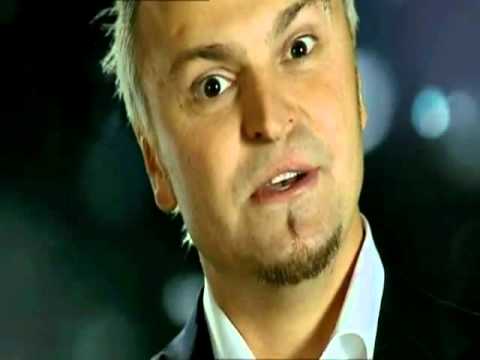 What people say about Stephen

From the tremendously positive feedback we’ve had, Steven’s message about pushing through obstacles to achieve your goals really struck a chord with everyone.

Steven has a real gift in being able to help people see that they too can achieve success and they are greatly encouraged and inspired as a result. I was delighted that not only did Steven have a good message, but he was able to deliver it in a very relatable way – his self-effacing attitude about his gold medal, combined with his Aussie sense of humour was a big hit!

Steven’s presentation was undoubtedly the highlight of our conference. His story, along with his open and honest presentation style, left our audience raving about him well after he walked off stage.

Steve was excellent to work with and very easy going throughout our dealings with him. His relaxed style and manner were perfect for the event and people enjoyed having him around for the whole night and chatting to him during the evening. The chance to see/hold his medals & have photos taken with him etc was also greatly appreciated by many of the guests.

His story was very inspirational and kept the audience captivated. He was entertaining, funny and thought-provoking. Overall an excellent speaker, who was well received and a really good bloke. Definitely added value to the event & was good to meet him.

Steve recently presented at a series of Finance And Systems Technologies (FAST) Professional Development Days to great acclaim.  He actually received a standing ovation in Sydney after his presentation (unheard in of Australia). FAST CEO Mr Steve Kane said ‘Steve’s presentation was very entertaining and his messages of passion, persistence and teamwork were spot on’. I could not recommend Steve highly enough and will definitely use his services among other clients in the future