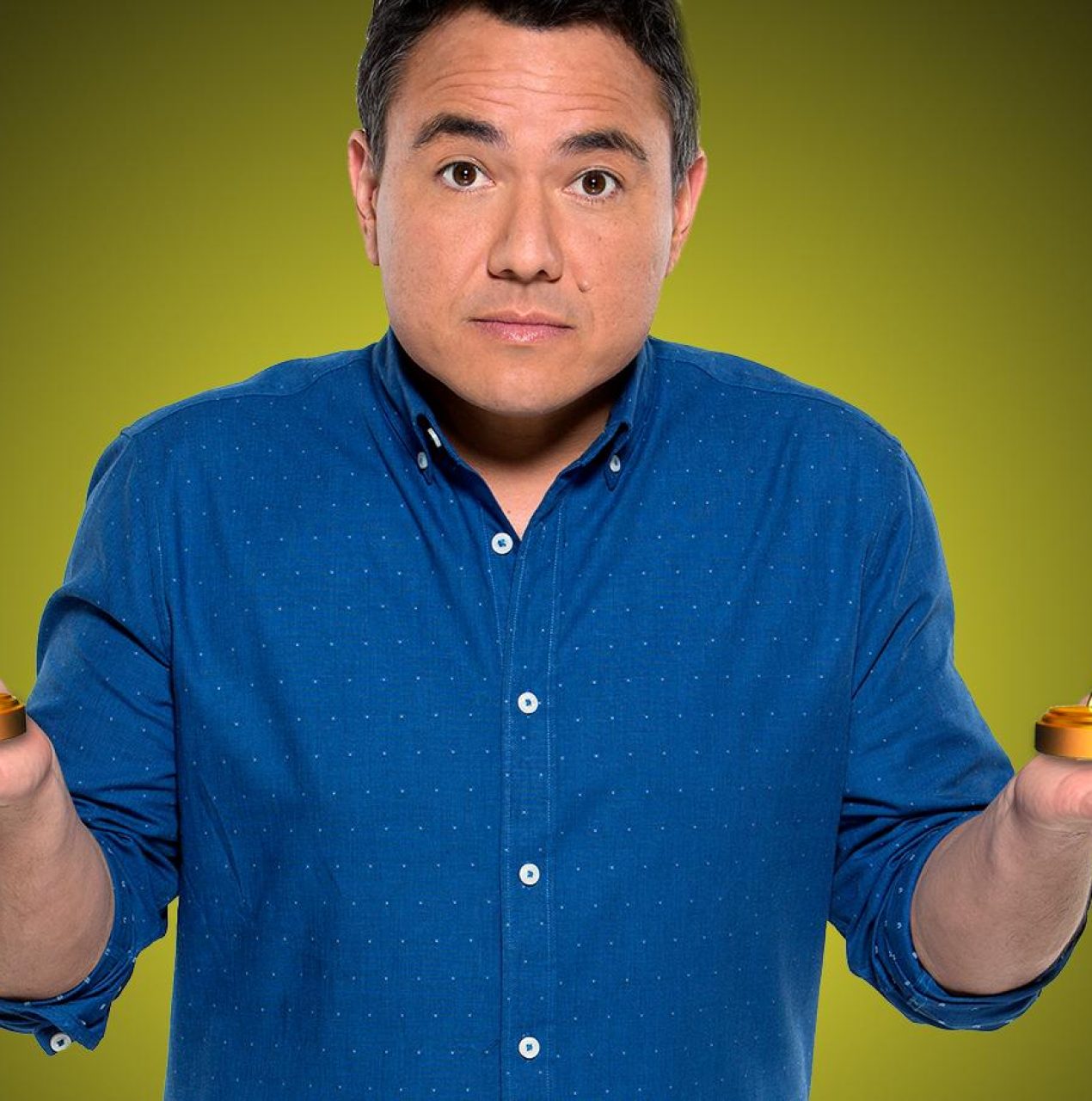 “Sam Pang is a Radio and TV presenter, comedian and writer who can be seen on ‘Have You Been Paying Attention?’ on Channel 10, ’Santo, Sam and Ed’s Total Football’ on Fox Sports, Friday Front Bar ...”

Sam Pang is a Radio and TV presenter, comedian and writer who can be seen on ‘Have You Been Paying Attention?’on Channel 10, ‘Santo, Sam and Ed’s Total Football’on Fox Sports, Friday Front Bar on AFL.com.au, and the Agony series on ABC.

For the past 7 years he has been the co-host of SBS’s coverage of’The Eurovision Song Contest’. In 2016 Sam will join Chrissie Swan and Jonathan Brown at Nova 100, in Melbourne for a new daily breakfast show.

In 2012, Sam co-hosted ‘Santo, Sam and Ed’s Sports Fever’ on Channel 7, shared his views on life and relationships in ‘Agony Uncles’ on ABC1, was the co-creator of ‘Kane & Disabled’, a 10 part comedy series of interstitials starring Lawrence Mooney featuring some of Australia’s best paralympians that screened in the lead up to the 2012 London Paralympics on ABC2, and was part of ABC’s nightly coverage of the ‘London 2012 Paralympic Games’.

Previously, he co-hosted the hugely popular ‘Santo, Sam and Ed’s Cup Fever’. Produced by Working Dog in 2010, the show was live and screened on SBS every night of the FIFA World Cup. He also hosted the history based comedy quiz show,’ADbc’, on SBS.

Sam began his media career with 3CR community radio, graduating to Melbourne’s iconic independent radio stationTriple R where he presented a unique take on the weekly sporting news. He soon became a regular member of the morning shift and co-hosted ‘The Breakfasters’ for 5 years. He has since gone onto to appear regularly on 3AW, ABC Local Radio, SEN, Triple M and Radio National.

In 2011 he was co-creator of the comedy web series ‘The Match Committee’. The 5 minute webisodes starring Lawrence Mooney and a who’s who of the comedy and AFL world screened every Friday morning for 26 weeks and followed the fortunes of a fictional grass roots football team named The Roosters. He was also worked as a creative consultant for the ‘The Marngrook Footy Show’ on ABC2.

In 2008 he co-wrote, co-directed and appeared in his short film Alone, Together, which won an official screening at the Melbourne International Film Festival. He has written on numerous television shows and projects including TV Burp, ADbc and Santo, Sam and Ed’s Cup Fever. He also wrote for the presenters of the AFI Awards in 2008 and 2009 and the Australian Nickelodeon Kids Choice Awards in 2009. In 2010 he was named by The Age Magazine as one of Melbourne’s Top 100 most influential, inspirational and creative people.

What people say about Sam

Sam did an amazing job as our MC at our National Awards for Excellence Gala Dinner at The Star. The crowd loved him and I had many people comment to me that he was the best MC we have had at our dinners, so thank you for making the night such a success. Not only were you great on stage, but a pleasure to deal with leading up to the event and after the event.