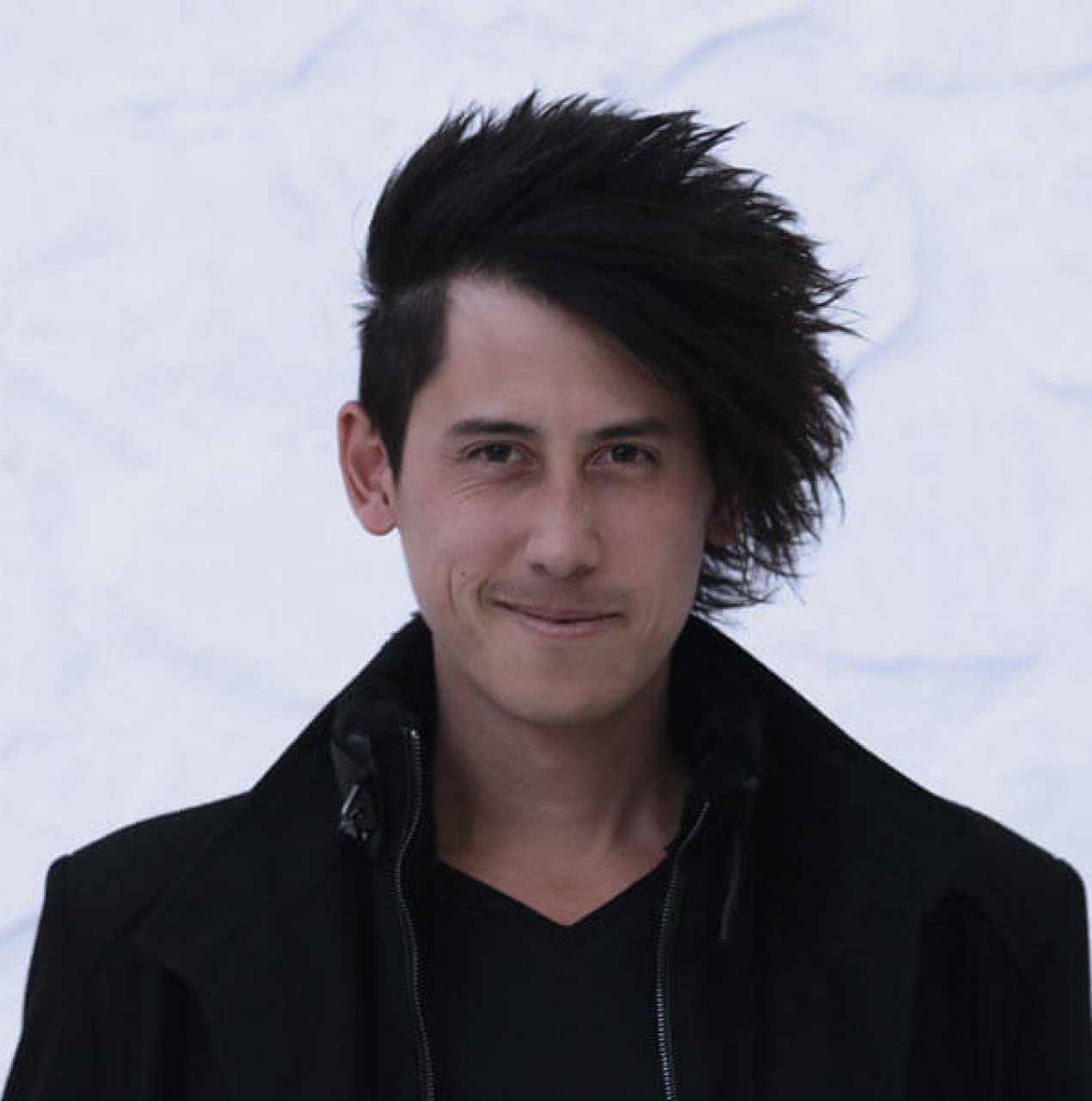 With today’s staggering advances in technology, many new possibilities are emerging which almost seem to have come straight out of the realms of sci-fi fantasy. When we connect some of the dots between various cutting-edge fields, the innovations become even more intriguing.

In this presentation, Biomedical engineer Dr Jordan Nguyen will raise an incredibly interesting and perhaps confronting conversation around links drawn between the fields of artificial intelligence, virtual reality, new techniques in 3D human scanning, neuroscience, and the ideas of human consciousness.

This topic raises a number of questions about what it is to be human and what is a moral approach to the incredible things we can achieve today with the latest advancements in technology – advancements that are increasingly blurring the lines between the virtual world and the real world.

One Life – Persist to Improve Many

Dr Jordan Nguyen certainly didn’t plan almost to break his neck diving into a swimming pool. The experience did, however, change his life forever, and drove him to want to understand and support those people dealing with the challenges of people living with a disability. As a result, he invented a mind-controlled smart wheelchair, for high-level physical disability that has changed the lives of hundreds of people.

In this presentation, Jordan shares his incredible journey from university student to world changer. He shares insights from his journey and provides the audience with the tools enabling them to identify a problem, innovate and activate a solution.

Audiences will walk away feeling inspired and on purpose. They will also gain insights into the innovation and design thinking process. This will further enhance their ability to problem solve, and find creative solutions.

What does the ‘future human’ look like? How do future humans act, what do they value and fundamentally how will the future human mould politics, business and education. Children of the new era (Gen Z and beyond) are living in a vastly different place to the world we grew up in. They are digital natives, collaboration natives and are adept at existing in two realities. The real world and the virtual one.

In this presentation, Audiences will explore case studies highlighting the extraordinary intelligence and design capability of the future human. They will gain insights into the shifting values and expectations of this new generation, exploring specifically how the future human will redesign that manner in which we live and work. Whilst change is inevitable; never before has there been a generation that will completely remould the world as we know it.

- Gain insights into the future human
- Who are the Digital Natives and what do they value.
- Innovate and adapt to a brand new world
- Future Leadership

“Jordan completed a PhD in Biomedical Engineering at the University of Technology, Sydney (UTS) in 2012, landing in the Chancellor’s List for the top theses across the university. For this Jordan ...”

Dr Jordan Nguyen’s mission in life is to improve the lives of as many people as possible and to be a driving force behind positive human and technological evolution into the future. He designs life-changing technologies focusing on intelligent, futuristic and inclusive technology for the disability sector. He believes the relationship between humanity and technology is constantly changing and its role in our lives is becoming more integrated, leading us to a future that is ‘Beyond Superhuman’. A passionate advocate for social change Jordan follows the mantra “One Life, Persist to Improve Many”; he believes each life has the capacity to improve many others, and that this simple idea can change the world.

It was diving into a pool on a hot sunny day, like he and millions of other Australians do all throughout Summer, that changed Jordan’s life course forever. In a dive gone wrong he hit his head on the bottom of the pool which left him confined to bed, unable to move and fearing permanent damage. Suddenly he found himself having to consider life without independence in mobility. Regaining the ability to get out of bed and walk, after a whole day of not even being able to roll over, Jordan considered himself incredibly lucky to have escaped without serious damage. As such, this experience prompted him to educate himself about disability and the challenges associated with accessing necessary equipment and resources for independence. Ever since the recovery Jordan has met many people who have continued fuelling his inspiration to create new inclusive technologies in an effort to improve quality of life and independence for people with disability.

Jordan completed a PhD in Biomedical Engineering at the University of Technology, Sydney (UTS) in 2012, landing in the Chancellor’s List for the top theses across the university. For this Jordan developed a mind-controlled smart wheelchair for people with high-level physical disability. This smart wheelchair uses cameras to view its environment and provides autonomous navigation assistance to the operator whilst they control it purely by thought. This amazing work has led to Jordan being a hot topic of discussion in the media. He has been featured in a range of TV, radio, magazine and newspaper interviews, most notably ABC’s Catalyst and Channel TEN’s The Project.

Jordan believes we must be proactive rather than reactive in the face of the rapidly changing landscape of the modern world, and believes that the more people understand the immense potential for technological developments in the near future the easier that becomes. One way he has applied this thinking is through founding Psykinetic, a social business that creates futuristic inclusive technology in order to improve independence and quality of life for people with disability. Psykinetic designs automated systems, robotics, smart interaction technology and medical devices, and the vision is to see many new levels of accessibility and inclusivity facilitated by these innovations.

Another way he achieves this is through his inspirational communication ability. Jordan is a TEDx speaker, and has keynoted at prestigious events such as Think Inc. and Wired for Wonder, among many others. He has shared the stage with a number of influential people, including Nolan Bushnell, founder of Atari and the one person the late Steve Jobs ever worked for. As a speaker Jordan has the ability to translate highly technical concepts and future trends into clear and concise content, relevant to any organisation looking to proactively embrace and adapt to technological change. He has on several occasions presented internationally at the world’s largest annual biomedical conference, the Engineering for Medicine and Biology Conference (EMBC), on advances in intelligent assistive robotics and controlling technology with the power of the mind.

Jordan is on the board of directors for Object: The Australian Design Centre, is a member of the board for the NSW Medical Technology Knowledge Hub, and is a casual academic, all whilst continuing to develop advancement in technology for disability. He is currently working on a TV documentary for the ABC called Becoming Superhuman. Set to air in May 2016 it will showcase some of his latest creations and discuss how our brains are wired to allow us to augment and improve ourselves towards the future of the human race.

Dr Jordan Nguyen is a leader many look to for inspiring others on the future of technology for humanity, purpose, and sustainability, with a core focus on driving positive global impact. 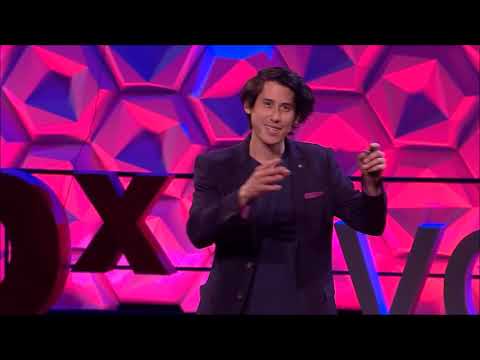 Jordan is one of the most unique, empathetic and hard working people I have ever had the pleasure of meeting. Jordan takes time to understand what we want the audience to take away and always dreams up the most inspiring and original keynotes with so much goodness packed in the audience walks away with a mix of personal insights, technology learnings and so much brain food to munch through. Jordan can speak to a variety of topics and is extremely creative and original so my advice is that you simply don’t hesitate in booking him for your next event.

Dr Jordan Nguyen was an opening keynote speaker at the 2015 Women in Focus conference, and completely wowed the audience with his warmth, wisdom and humour. ?Jordan doesn’t just impart knowledge on the scientific advances and trends in artificial intelligence, he brings humanity to our understanding of bio-medical science and engineering and the important role it plays in enabling a life of freedom of movement and mindset for those with physical disabilities. ?His personal stories are both moving and wondrous as the audience is taken on a journey of the marvels of modern technology and its application for humane purpose. ?A theme of our conference was collaboration and conversation in a disruptive world, and the importance of bringing purpose to life, business and community; and I couldn’t think of a better speaker to help set this scene than Jordan.

Jordan was absolutely fantastic. He was on point with the brief and delivered the exact message we wanted for the launch. Jordan was on towards the end of the event and did a great job of lifting the energy in the room and capturing the audiences imagination.